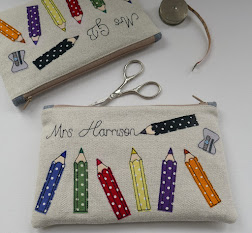 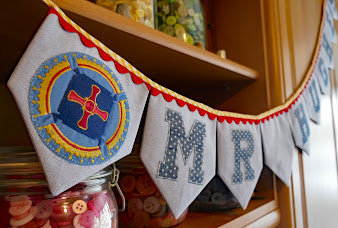 My daughter finishes school next week before (hopefully) heading off to university in the autumn. Schools in the UK, like many throughout the world, have spent much of the last year in lockdown. Those in the North were particularly affected, with far more closures than down South.  Some elements of the UK press would have their readers believe that teachers have been on an extended holiday over the last 16 months.  Nothing could be further from the truth, my daughter's teachers have been amazing and consistently delivered high quality lessons via Zoom whilst also being physically available in school for vulnerable students.
It's therefore been a pleasure to stitch gifts marking our appreciation for the fabulous job they've done.  Sewing for women is pretty straightforward but I always struggle to come up with ideas for men.  After quite a bit of faffing (timewasting!) I finally decided to upcycle school badges, previously unpicked from outgrown uniform blazers. 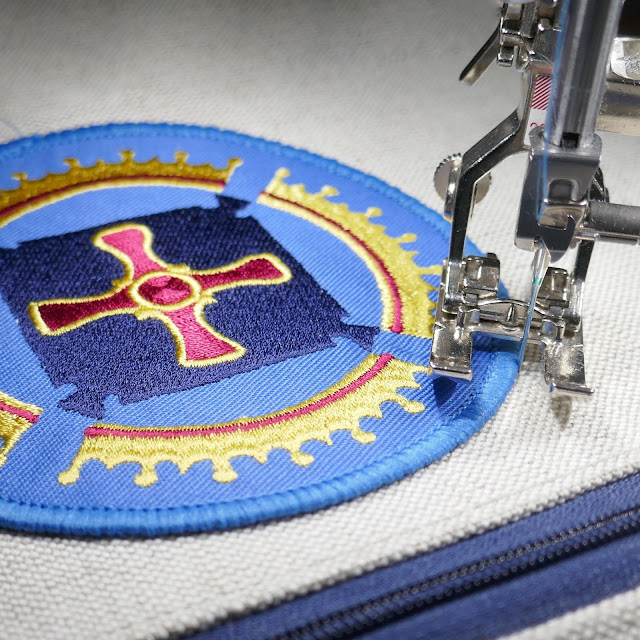 The first 'male' gift was this pencil case.  I stitched the salvaged school badge onto one side and on the other the recipient's initials. I designed the letters in the style of an American Varsity font, which was perfect for both the school theme and masculine tone. 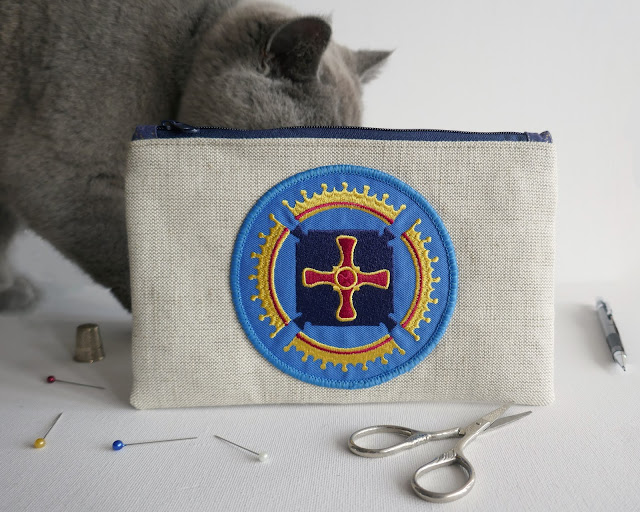 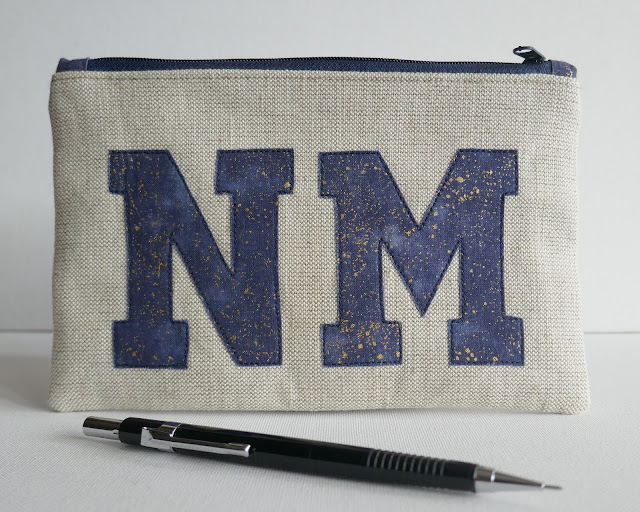 The second masculine gift also used upcycled school badges, this time stitched to pennants on each end of a string of personalised bunting.  It's for my daughter's very wonderful Head of Year and, whilst he may not have a use for it at home, he will hopefully find a place to hang it it in his school office.  As before I created the letters in an 'American Varsity' style also adding a red ric-rac trim and yellow tape to coordinate with the colours in the badge.  The flag fronts were cut from an old work shirt of my husband's whilst the backs used old school shirts! 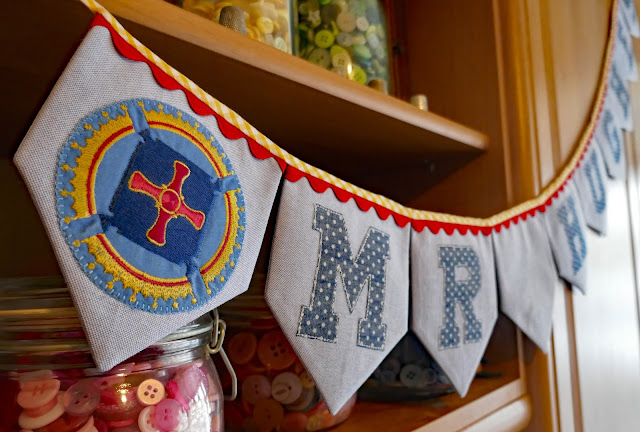 Once the men's gifts were completed I started on the women's and for these I used a cute pencil case design which I  had previously created as a pattern for a magazine. 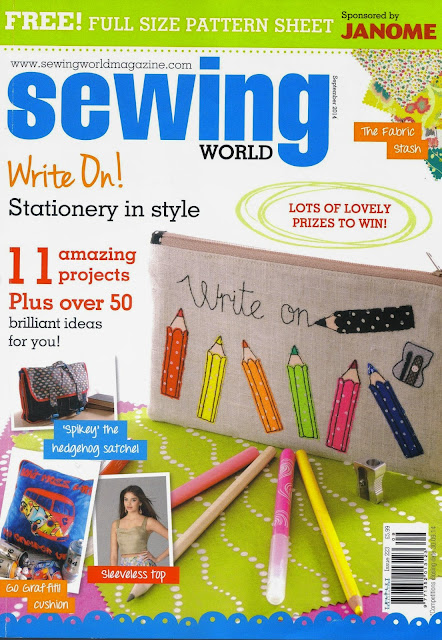 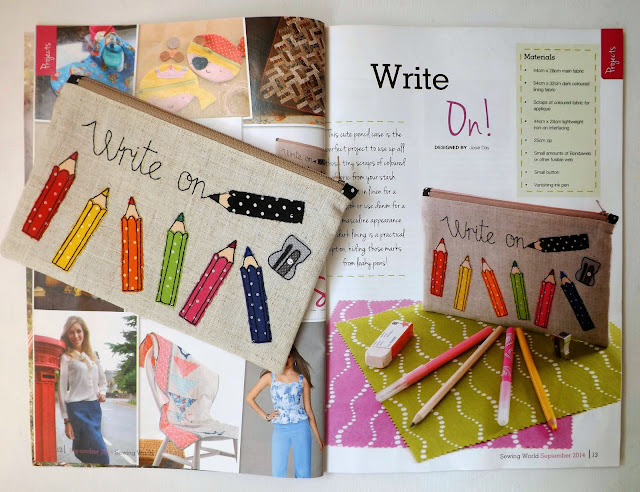 I wanted the gifts to be personalised, so embroidered names on the fronts rather than the original 'Write on' sentiment 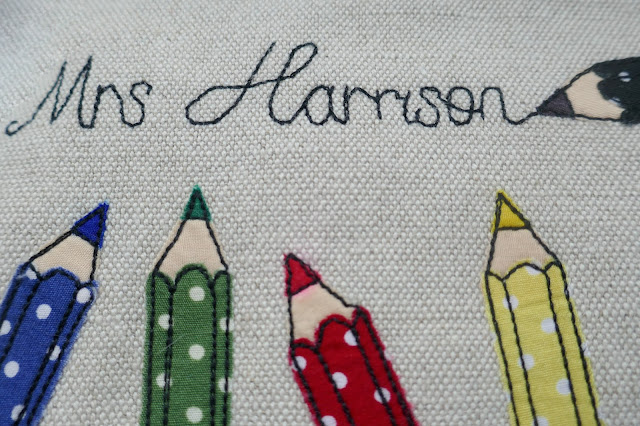 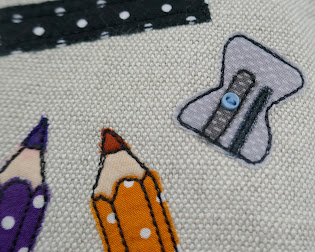 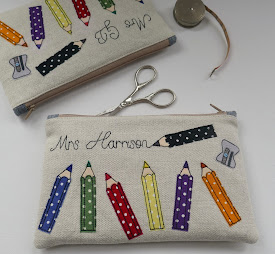 Whilst I was stitching away I was usually kept company by at least one of our three cats.  Luna also seemed keen to make another appearance here at SewforSoul, so here's some bonus kitty spam!! 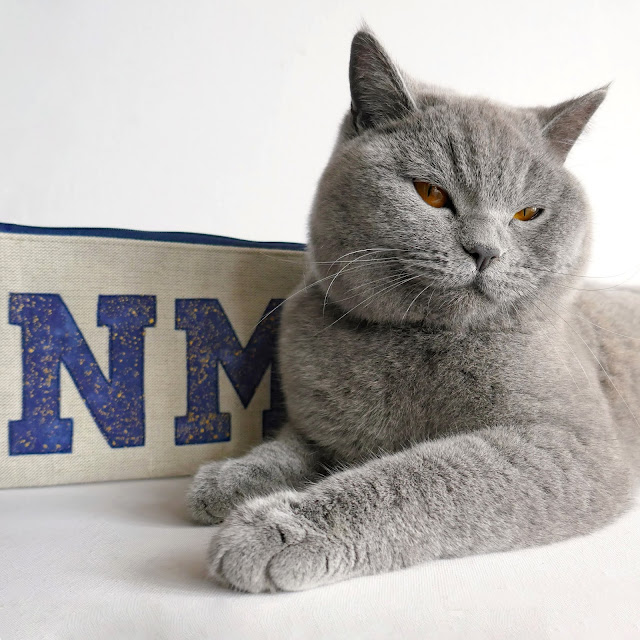 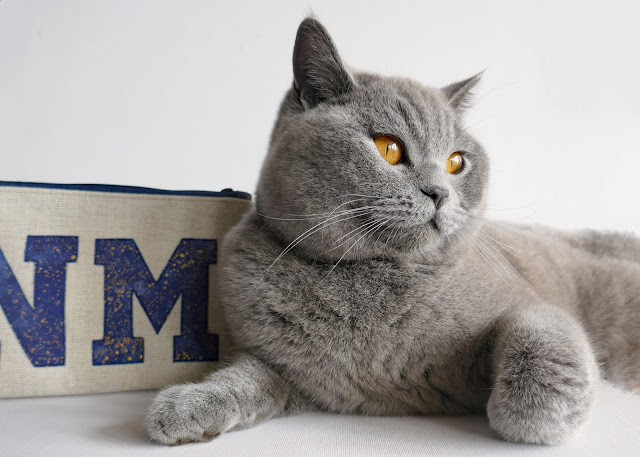 Thank You Teachers!
Posted by Josie at 11:03