August's Sewing World Magazine is in the shops now and I'm absolutely delighted that my camper van journal is its cover star! 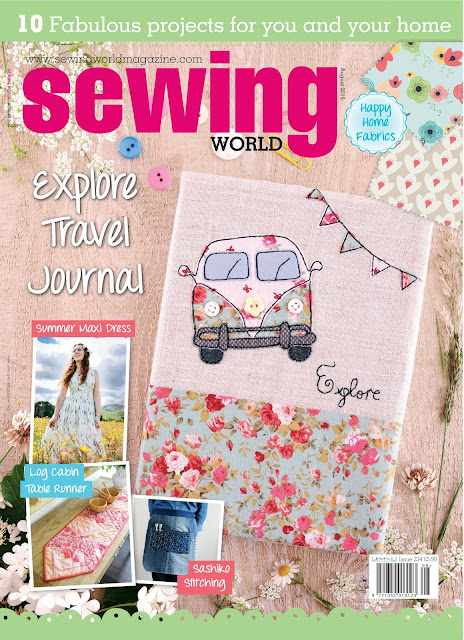 The projects in Sewing World are always such high quality, so it really is an honour.  If you haven't read the magazine, do take a look - It's one of my favourites as it has a great mix of features and makes.  Some of the others seem to concentrate on dress-making but I want the fun and quirky projects too! 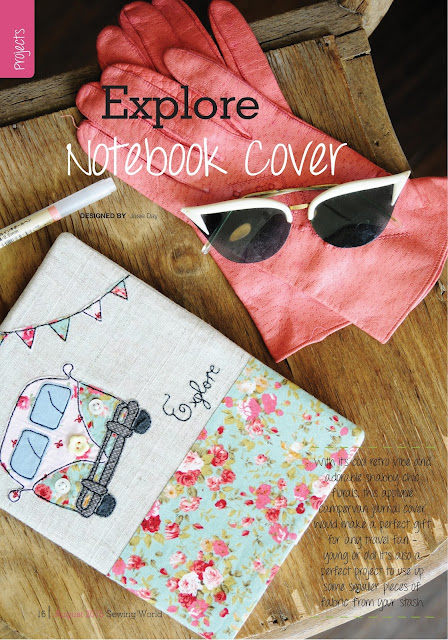 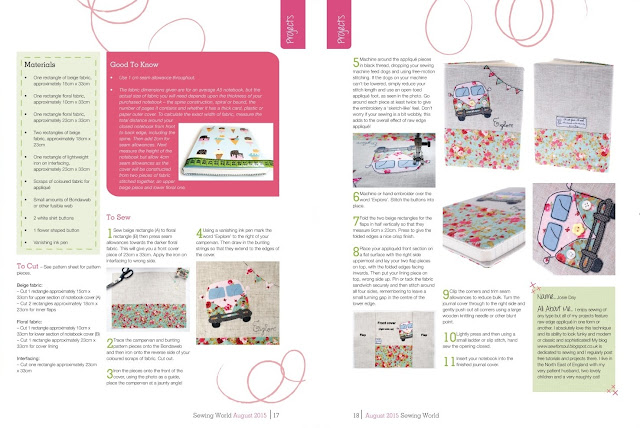 If you do pick up a copy of the magazine look out for the 'Next Month's Makes' page as I have another project in September's issue......You might recognise my style!
Posted by Josie at 09:17 12 comments: 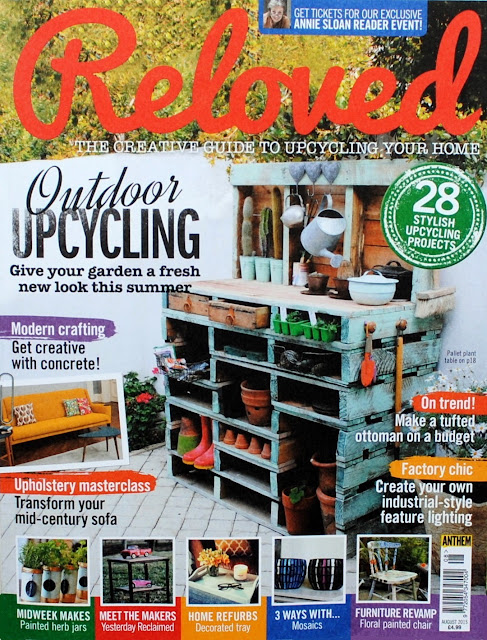 August's edition of Reloved Magazine is in the shops now and features another SewforSoul project, these upcycled tin cans which I created for our guests at this year's Easter party.

They make fabulous flower vases and are perfect for a country wedding, with guests being able to reuse them as pen pots for a lasting momento of the great day! 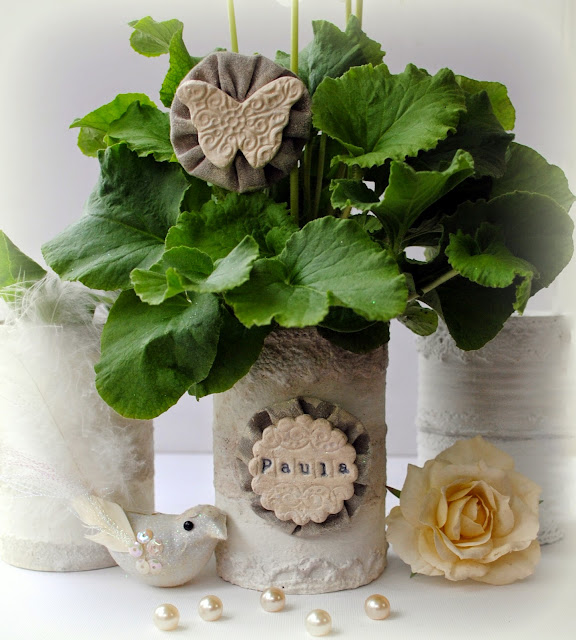 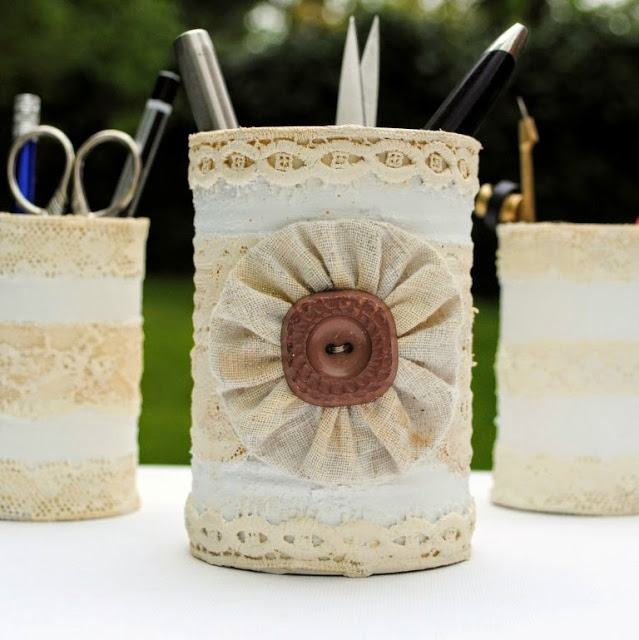 They are really easy to produce and can be customised or embellished in hundreds of ways and colours, so get saving your soup and bean cans now! 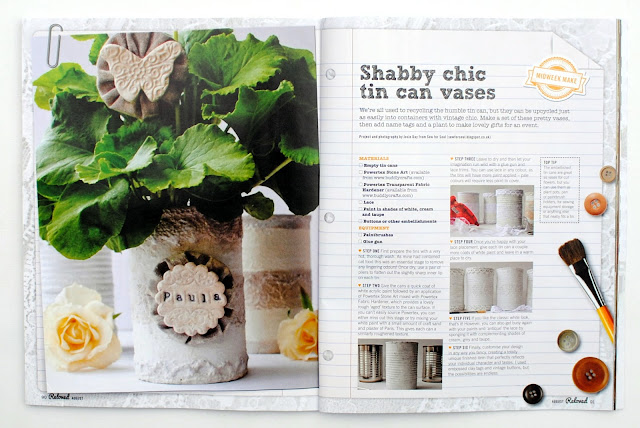 We're having the hottest weather in a decade here in the UK and I'm sweltering whilst stitching a cafetiere (French Press) cosy and quilt but I'm not about to complain! 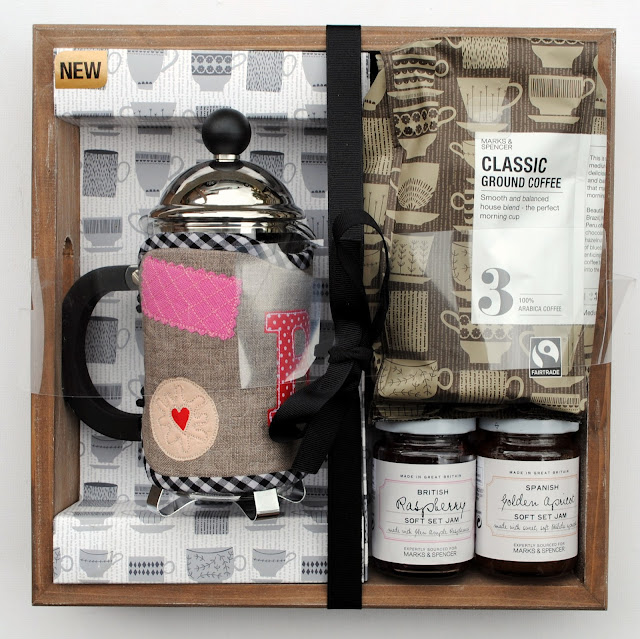 We were given this 'Marks and Spencer' coffee set by a lovely friend earlier this year and Mr. Larkin found the coffee pot to be the perfect size for his desk at work.  My sister-in-law has a big birthday coming up, so I bought another set and stitched her a little personalised cozy to go with it. 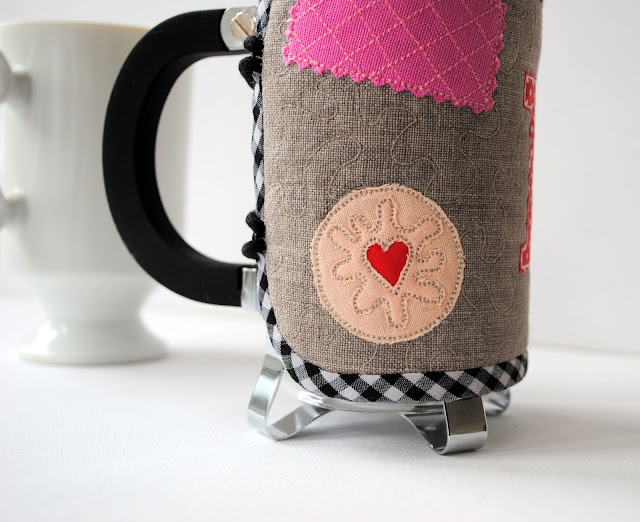 It features cute appliquéd versions of traditional British biscuits including Jammy Dodgers, Party Rings, Nice Biscuits and Pink Wafers. These names probably mean nothing to overseas readers but for many Brits they invariably conjure up childhood memories.  Here's a potted history for those not in the know;

'Jammy Dogers' have been an iconic British biscuit for over fifty years, and were originally named after Roger the Dodger from The Beano.  The 'Nice' biscuit is a coconut flavoured delicacy which was first mentioned in an 'Army and Navy Co-operative' price list in 1895. Wafer biscuits have been around even longer and sailors used to be given a basic version as part of their daily rations but the Edinburgh based bakers 'Crawfords' made them sweeter and added bright pink colouring.  'Fox's Party Rings' are an iced fancy created in 1983.


Sweet treats for a sweet sister-in-law! 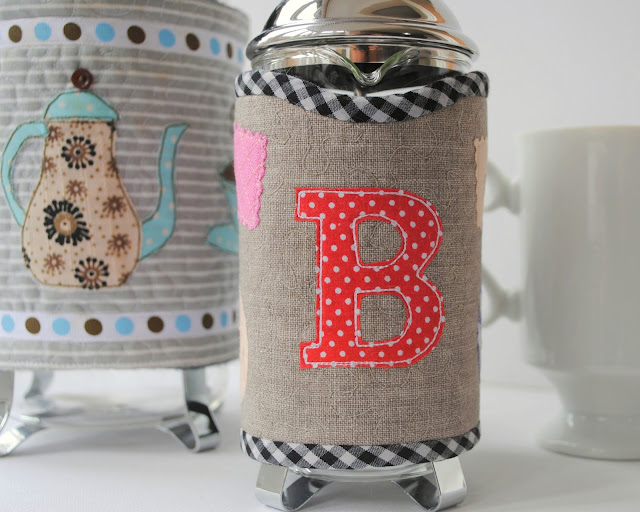 It's been a busy sewing week, as I've also written two features for upcoming articles in Sewing World Magazine and, in-between times, started my first ever 'proper' quilt!  I kept drooling over the fabulous creations made by all my bloggy friends and thought it high time I finally gave it a go.  I dutifully cut six hundred rectangles and started stitching.  It took just two blocks to discover that a pair of loose weave upcycled linen trousers did not equal a crisp finish!  Undeterred I rummaged in hubby's wardrobe and found an old blue shirt with a (very) worn collar to go with the equally well used duvet set I had already sliced up.  At this point the quilt dimensions shrank as I was only able to get 100 rectangles from the shirt, although this will probably be quite big enough for a first effort.

My big confession is that I am not loving quilting!  It took me hours and hours to starch and prepare the thin and out of shape upcyled fabrics before even beginning to cut the strips.  I then had an afternoon piecing before I got bored - I've got another couple of projects to finish but I guess I'll get back to it by Friday (perhaps). 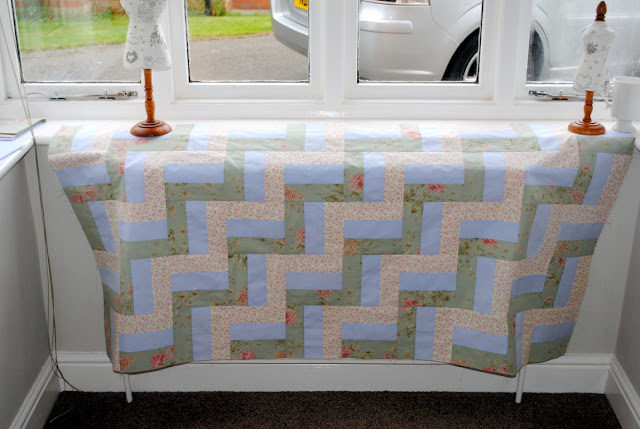