Being thankful for acts of kindness

Today's journal cover is for the mother of a colleague.  I work with her son and he makes time to generate random acts of kindness as he goes about his daily life, those small things which make the world a happier place!  She is a talented needlewoman, so a sewing journal should be the perfect little gift. 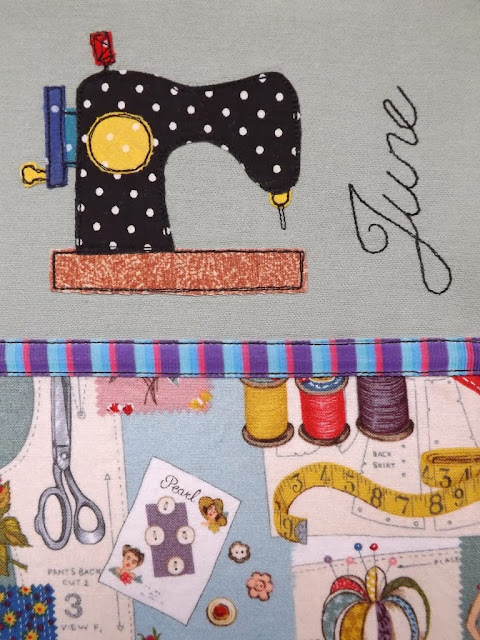 The printed fabric is a design called 'Sew Retro Montage' by Makower UK and was a gift from 'Style at Home' magazine.  I have a couple of metres of it and am looking forward to using it in many more projects.  The sage green material is from a pair of second-hand upcycled curtains.  I put them through the wash which thankfully removed the 1990's style glaze.  Do you remember when shiny cotton was used as an accent fabric in 'swag and tail' window and curtain treatments? 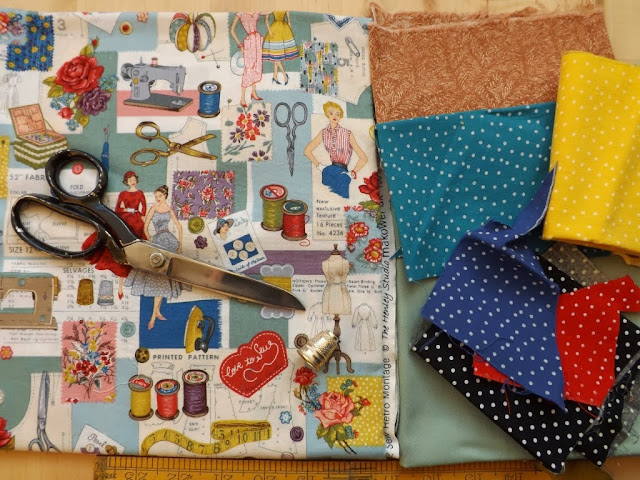 As the notebook cover is for a sewing journal, I drew a vintage inspired sewing machine for the applique.  I then traced the pieces onto fusible web and ironed them into place. 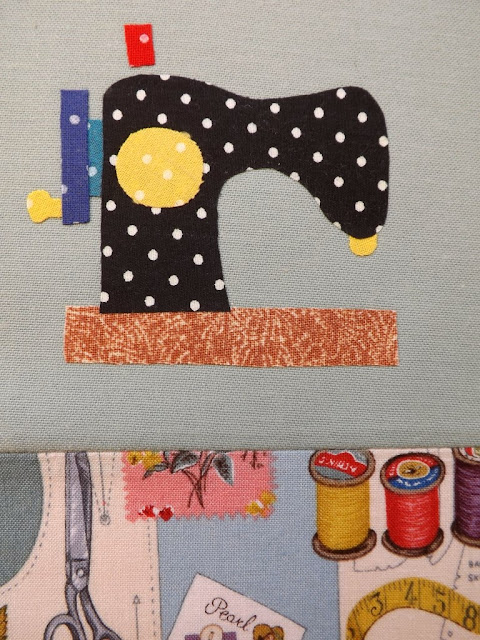 Next I used black thread to outline the design which really makes it stand out.  This is the fun part of the process and I use my regular sewing machine and a technique called 'free-style machine embroidery'. 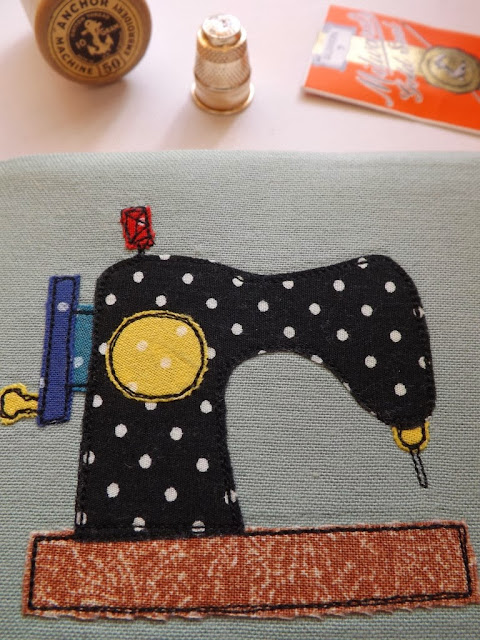 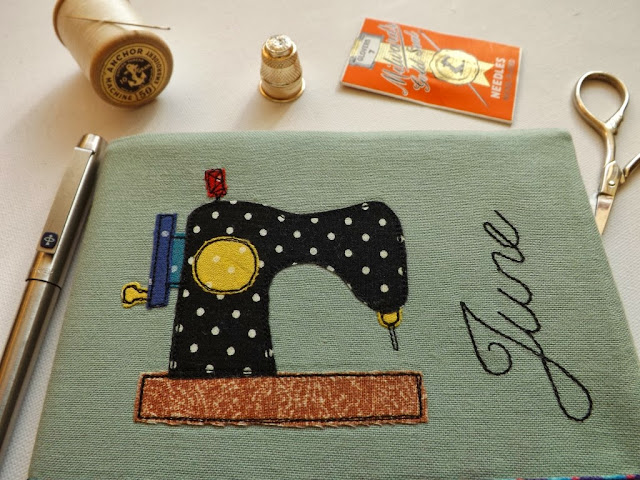 I embroidered the recipient's name using the same technique 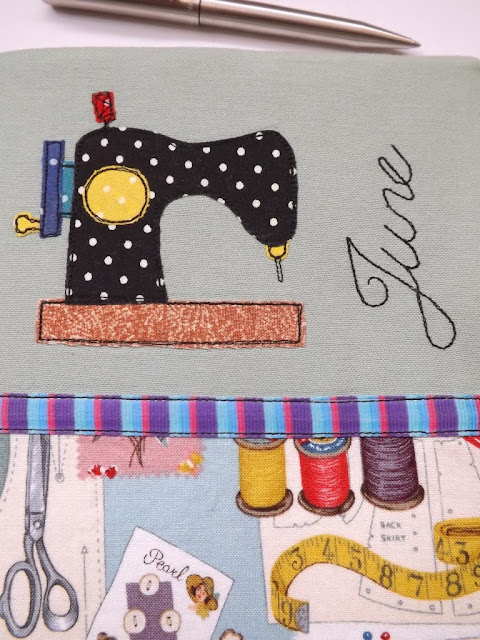 and Christmas is coming!

I am only too aware that I am becoming ridiculously behind in my preparations for the festive season.  I would love to report that my lack of blogging is down to lots of busy stitching and creating ready for the big day, but sadly this would be untrue! Rather, I have been juggling work and family commitments.  As I have no sewing projects to share with you, today's post is going to feature some holiday pictures instead.

My father is unwell, but is receiving excellent care from Addenbrooke's hospital in Cambridge and they are keeping a really close eye on him with fortnightly appointments and scans.  He is part of a new trial for alzheimer's and although this is quite a time commitment, my sister and I were able to arrange a little break for us all to Malta which we took earlier this month during the school half term holiday. We rented a gorgeous traditional Maltese town house and when we weren't out and about we spent our time relaxing on the roof, which is where my parents are in this picture.  The children loved chilling there as it had sea-views on both sides and a pool.  I'm not over keen on heights but even I could appreciate how beautiful it was. 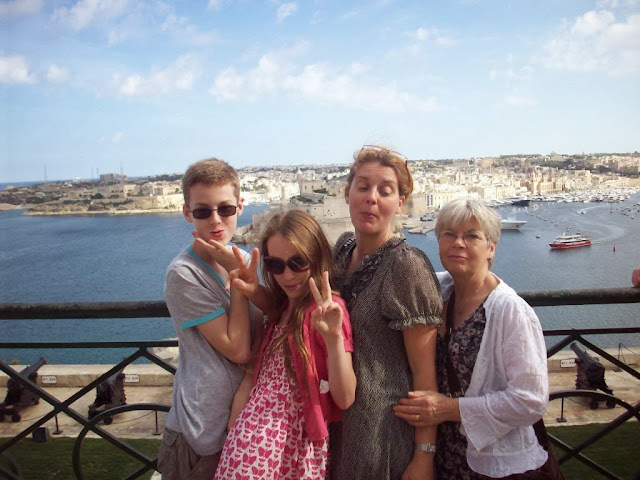 I normally avoid the camera at all costs and so, as usual, there are very few pictures with me in them.  The children talked me into these two and requested that we pose using the type of gestures and expressions that the mobile 'phone generation use for their 'selfies'.  So we now have one picture of me with my eyes closed and another where I have an expression like a fish.  It seems I can't pull off the trout pout after all! 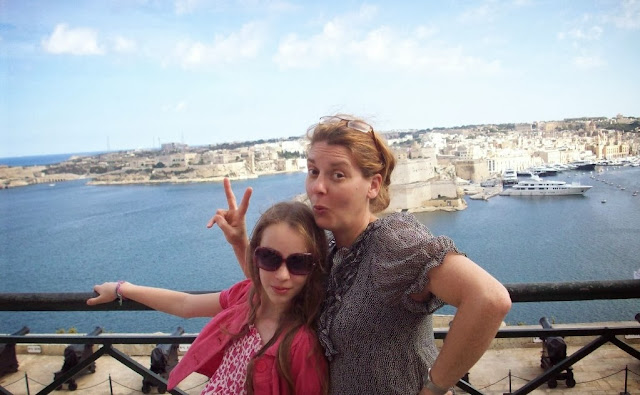 The weather was perfect and it was lovely to catch a bit of sun after such a wet September and October in the UK.  The pictures overlooking the Grand Harbour were taken from the Saluting Battery on Valletta's eastern ramparts and whilst we were there Alice noticed that they were selling one of her uncle's latest books.  This, not surprising, led to us all teasing Mr Larkin about his novel and our endless questions as to when it would be finished!  Hopefully next year..........
Posted by Josie at 13:44 2 comments: