Most schools in England have a 'half-term' holiday during the last week of May (a bit like an American 'Spring Break'), so the children have been at home this week.  I deliberately don't sew much when the children are around but did manage to stitch up this cute little handbag charm; 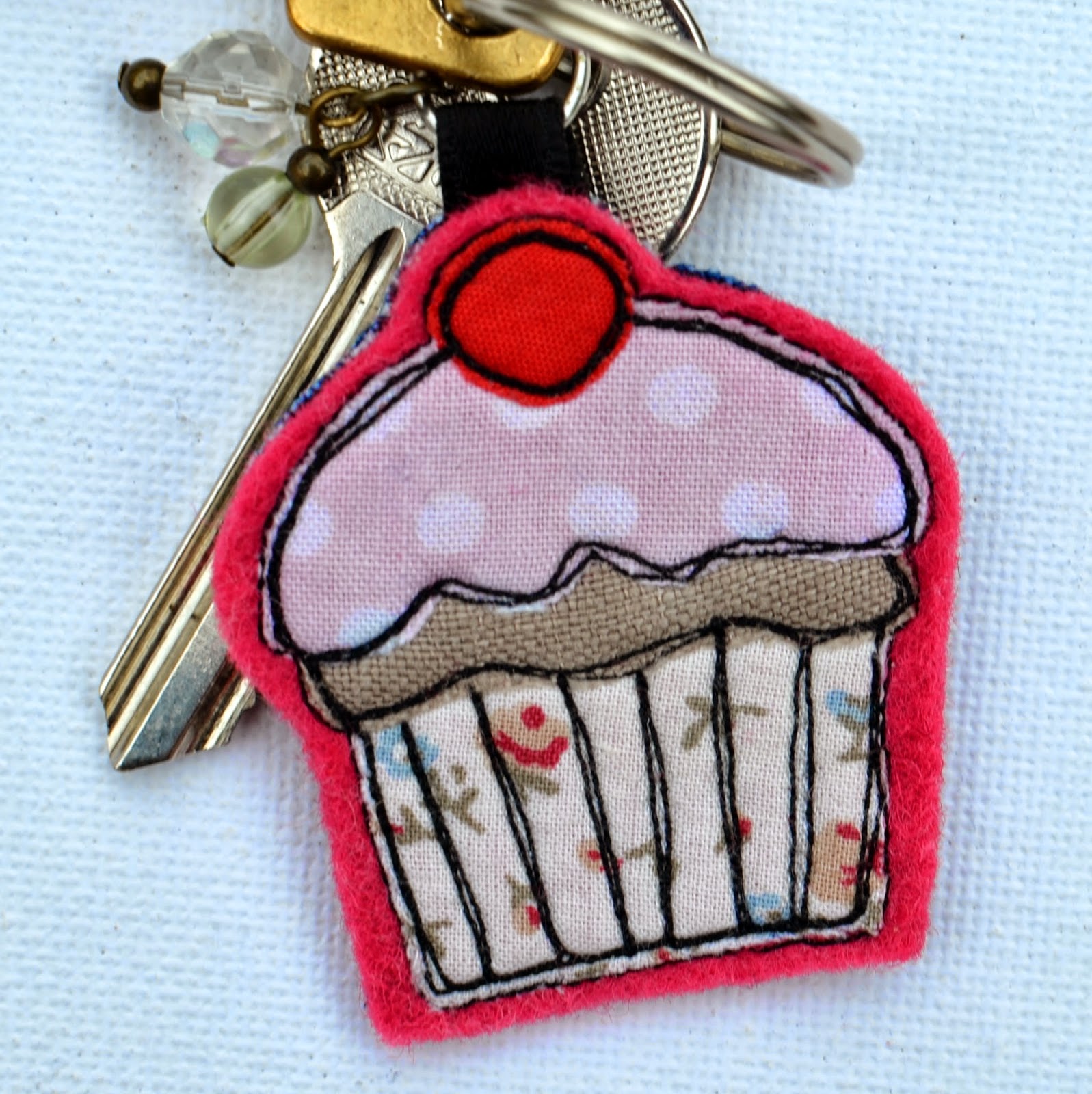 It uses small scraps of fabric free motion embroidered onto a piece of pink felt and backed with a piece of upcycled denim.  The cupcake icon was based on this 'Handmade Harbour' digital stamp.


When Mr. Larkin and I first set up home we were adopted by a large stray tom cat.  He was a bit of a killer, unfortunately, and would often bring us home dead rabbits and other small tokens of his affection.  He was also keen on chasing dogs and fighting any other cats foolish enough to pass his door!  However, when our human babies started arriving he was always so gentle with them; 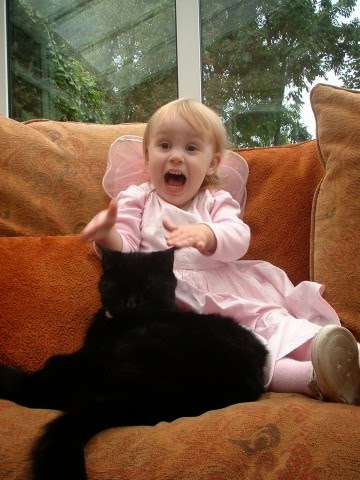 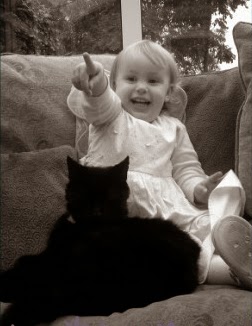 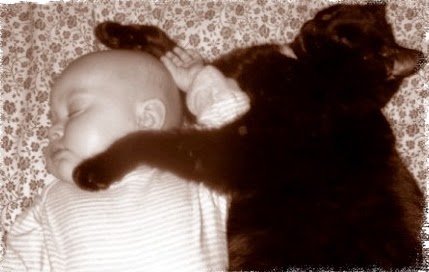 He reached a grand old age and when he sadly passed away, my Mum took it upon herself to source us a new member of the family; 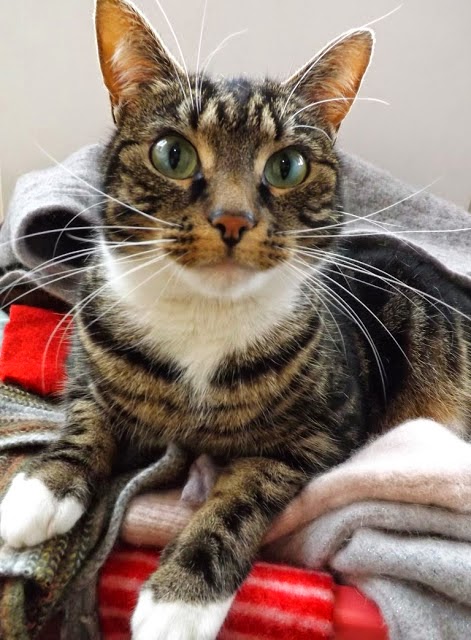 Bad, jealous kitty.  She doesn't bring us home dead trophies, instead she lets live mice free in the house for us to chase.  She also claws the furniture and carpets and is a general waste of space......but we are most fond of her!  We were therefore very concerned when she failed to show up on Thursday.  She has a cat-flap and can come and go as she pleases, but is never away for more than an hour or so at a time and her territory is two or three gardens at most. We went to see our neighbours and checked the road behind our house but could find no trace of her. When she was still missing on Friday we were certain that something had happened to her and began to lose hope.............


However, that afternoon I saw a flash of red go past;

Ten minutes later the cat-flap banged and a very bedraggled cat stomped in.  It all seemed too much of a coincidence, so I rang the local Fire Brigade, and yes, they had just rescued a tabby cat stuck on the roof of a local house.  It appears she had been chasing birds and got a bit too carried away.  Perhaps two days and nights trapped on a roof in torrential rain will teach her a lesson......but I doubt it!

We made the lads up a little hamper of tea and biscuits which the children delivered to our heroes along with some bottles of beer. 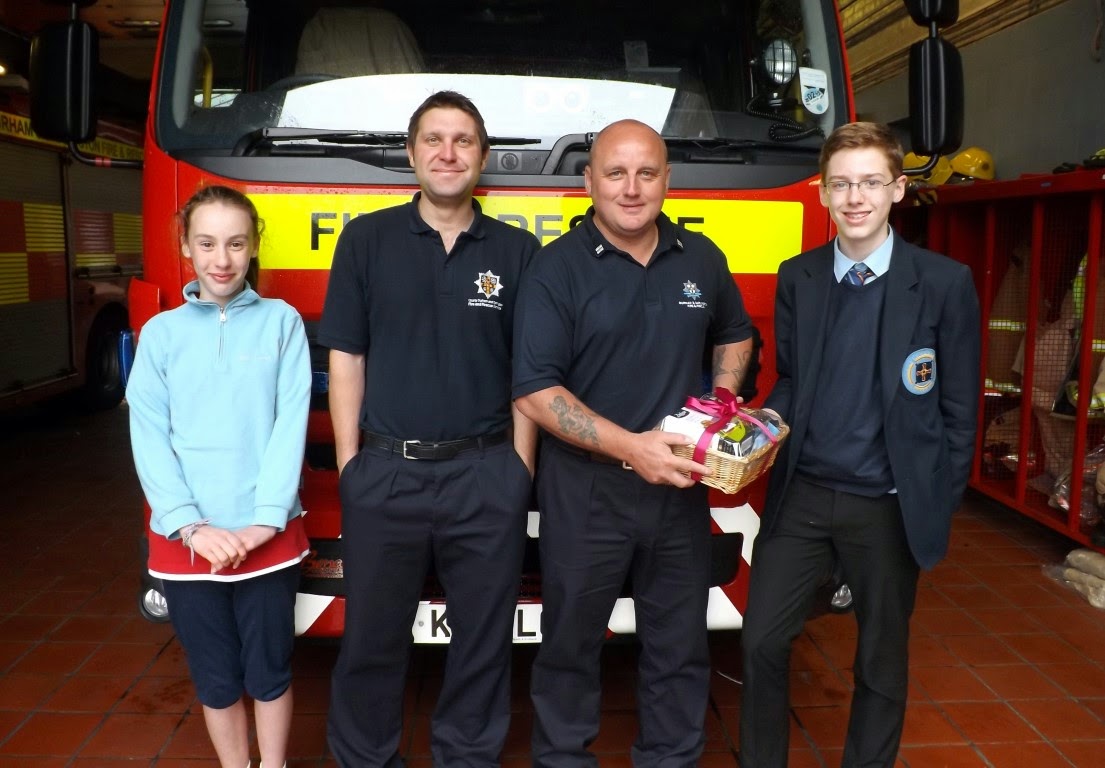 Fresh as a Daisy ~ Embroidered Bag

It's time for the third Cuddly Buddly Design Challenge and this month's theme is 'Daisies'.  I stitched up a little personalised linen make-up bag for a friend called Joy! 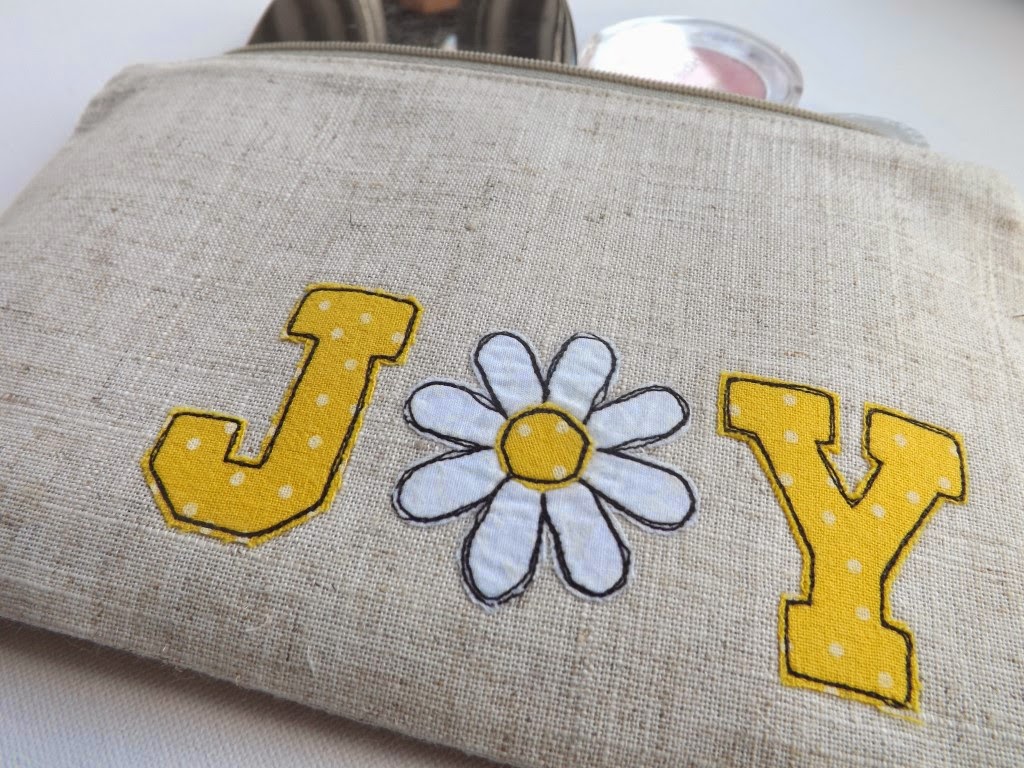 Little pouches are one of my favourite things to sew as they make super cute, and also very practical, gifts. I have written a full tutorial, with easy to follow step-by-step photos, over at the Cuddly Buddly blog.  Zipper pouches are great projects to stitch if you're new to sewing (or feel a bit rusty), as they contain many of the most commonly used techniques including linings and zippers (obviously!).  They also feel less intimidating to start with than a full sized garment. 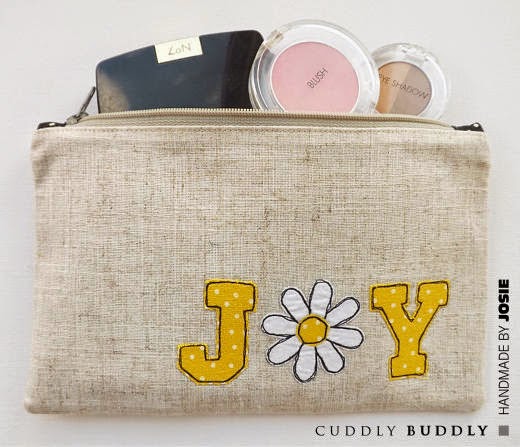 You have until Saturday 14th of June to enter the challenge and there is a very generous £25 gift voucher awaiting the lucky winner.  Your entry doesn't have to be stitched, in fact anything goes, the only rule is that Cuddly Buddly needs to stock the main items you use, even if you didn't actually buy them there!

As we are only in the third month of challenges there has only been a handful of entrants each time, so you are in with a very good chance of winning!

Fiona from CelticThistleStitches hosts a "Ho, Ho, Ho and on We Sew' link party each month and I really must take part, it would be great to avoid my usual last minute December panic!  I'm planning some little linen Christmas hanging hearts and had a quick practice this afternoon; 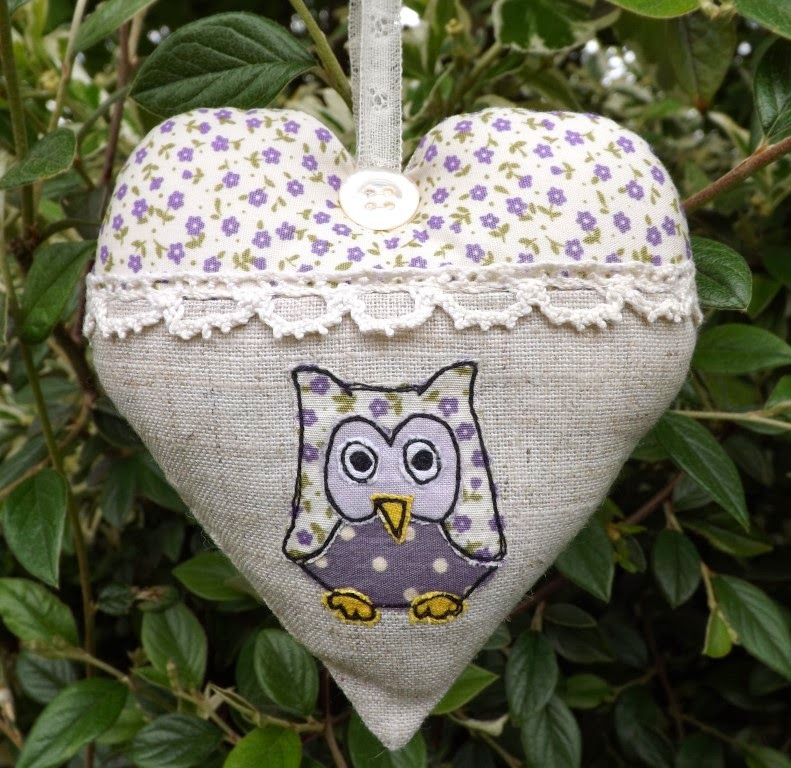 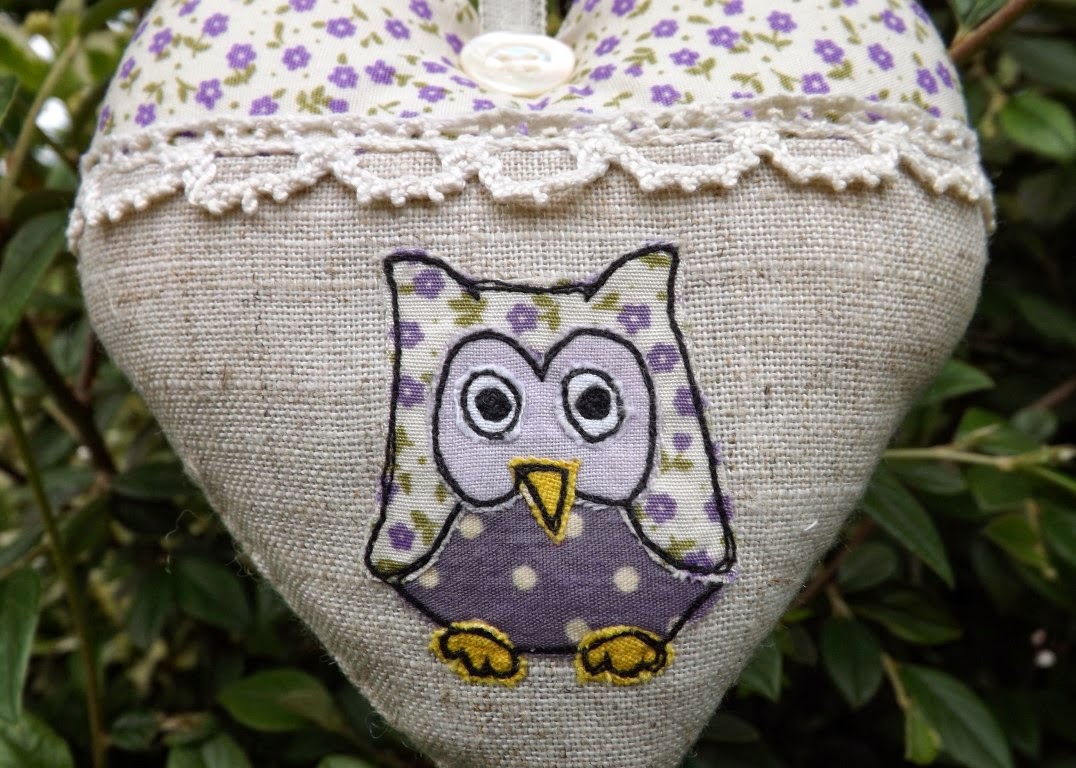 I wanted to ensure that I was happy with the basic size and design before stitching the Christmas versions.  This one was very quick being the same applique and colour scheme as I used for one of my Easter egg cosies; 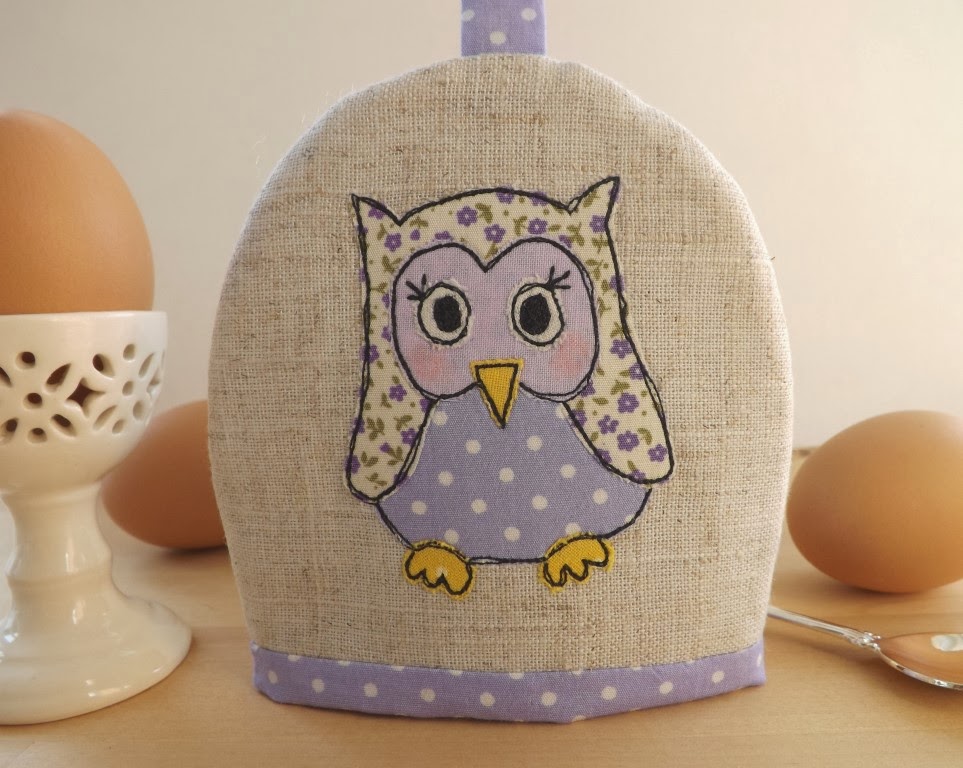 The cute owl is based on one of my favourite Handmade Harbour digital stamps and I love how he stitches up.  The antique mother-of-pearl button came from my Great Granny's button box and the hanging ribbon came into my possession at the weekend as it was tied around the gorgeous bundle of linen sent to me by Judith.  The lace trim was another car boot buy and I have loads of it!


I now need to start thinking about the Christmas versions - I might even get some finished in time for June's August's Link party!

Some of you might remember this little linen needle book which I made a while ago, it proved quite popular, so I thought I would whip up another one. 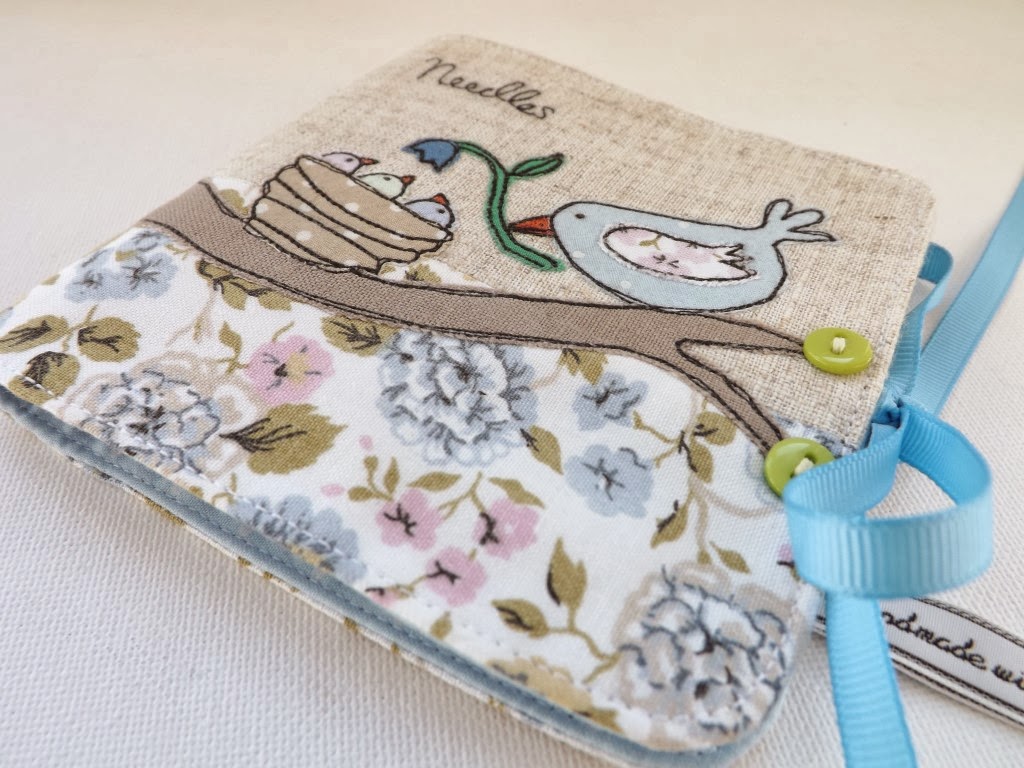 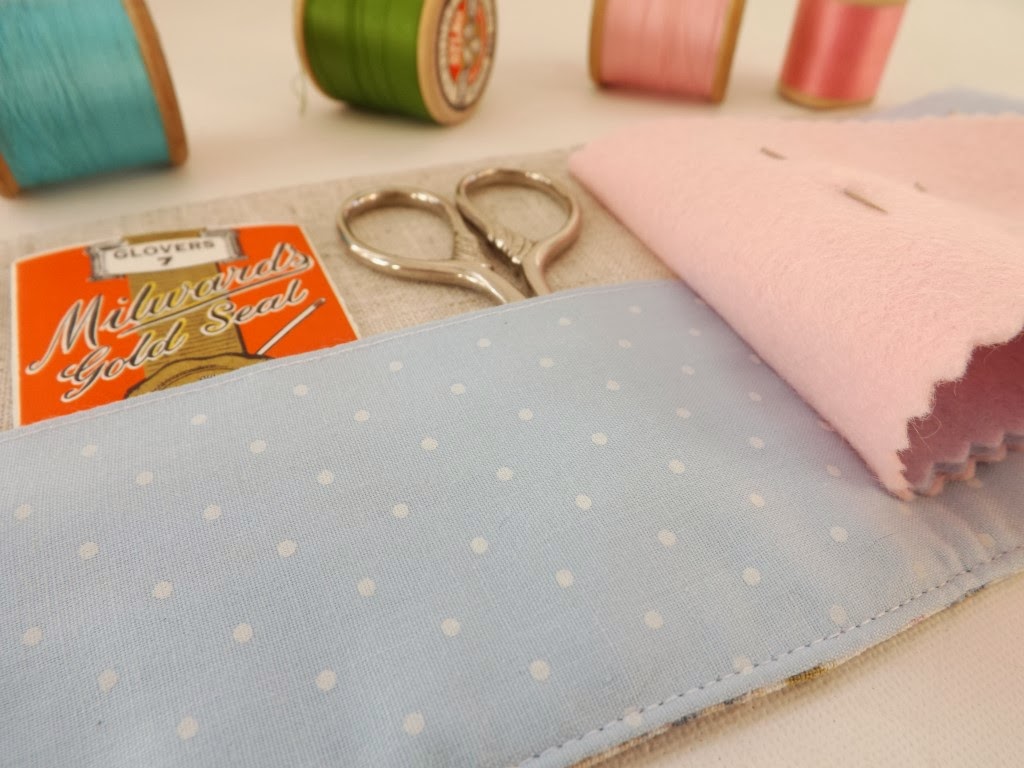 I get a bit bored repeating designs however, so I put pen to paper and came up with a new version; 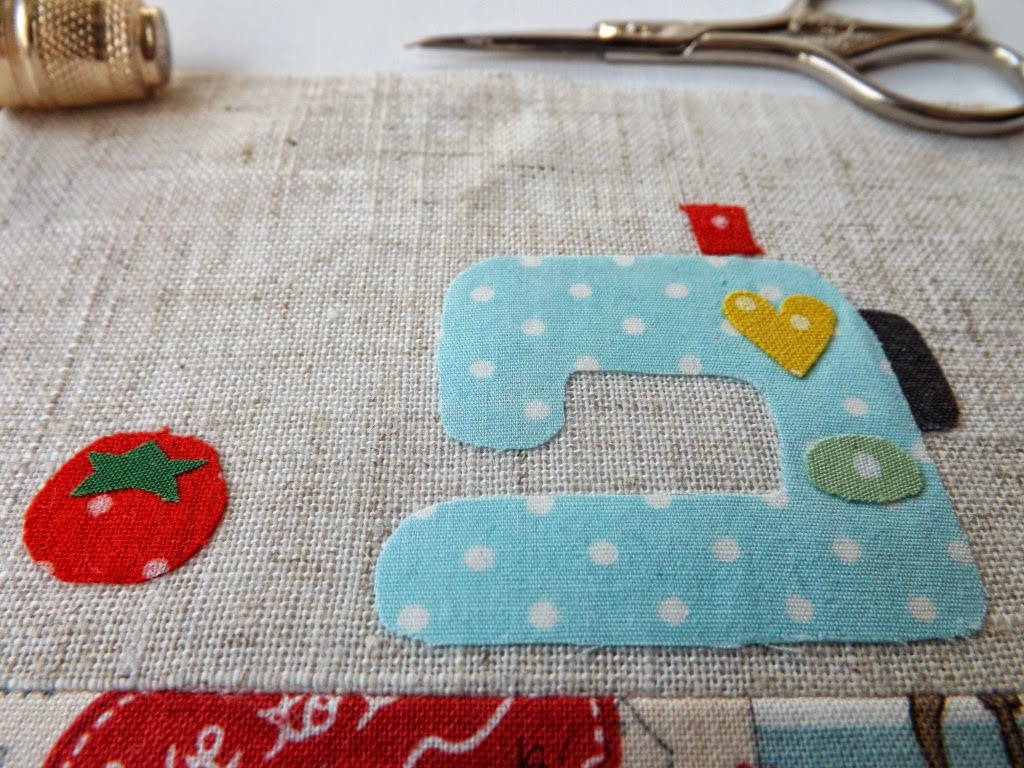 An appliqued sewing machine with a little pin cushion! 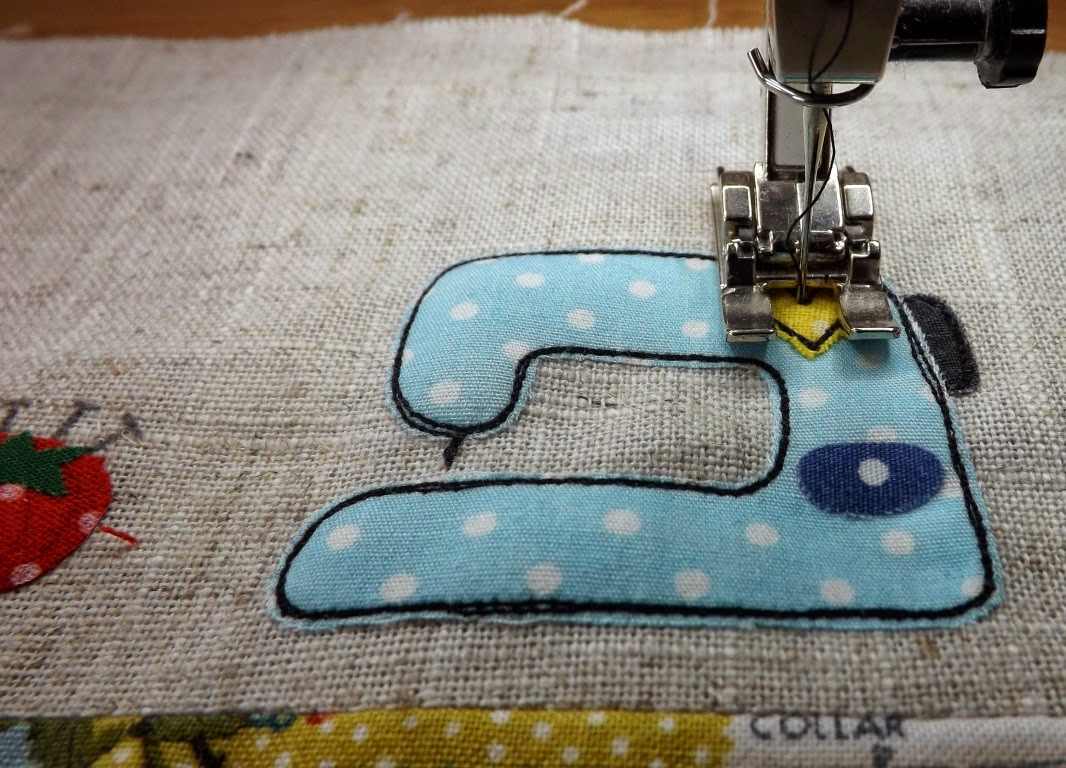 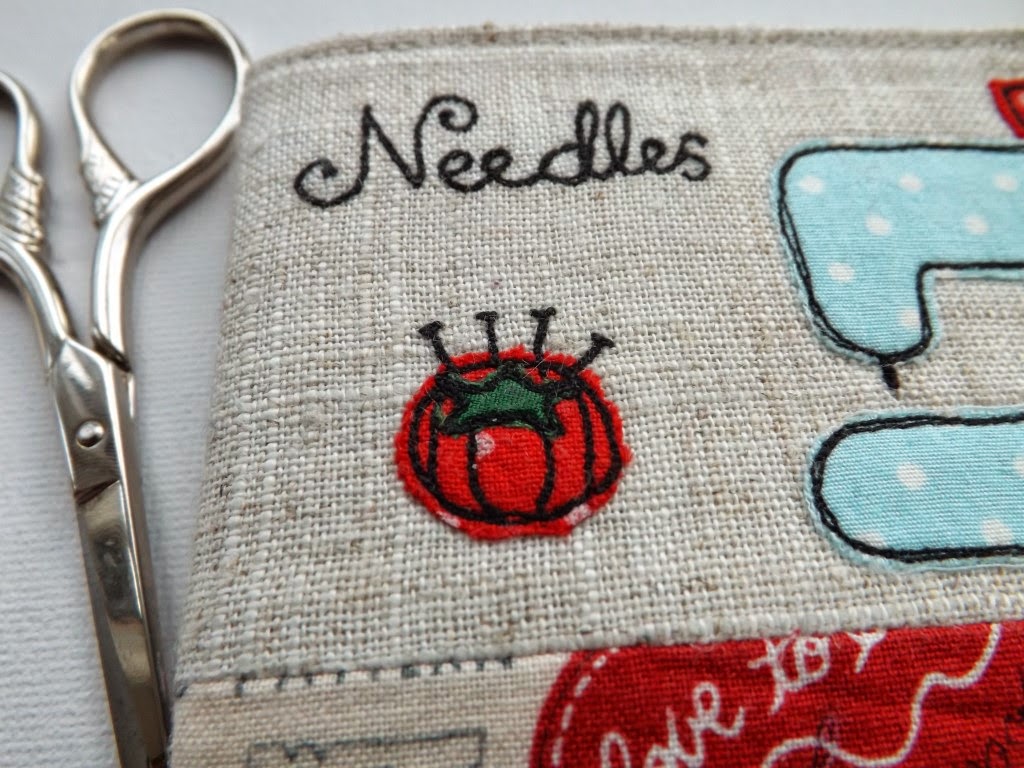 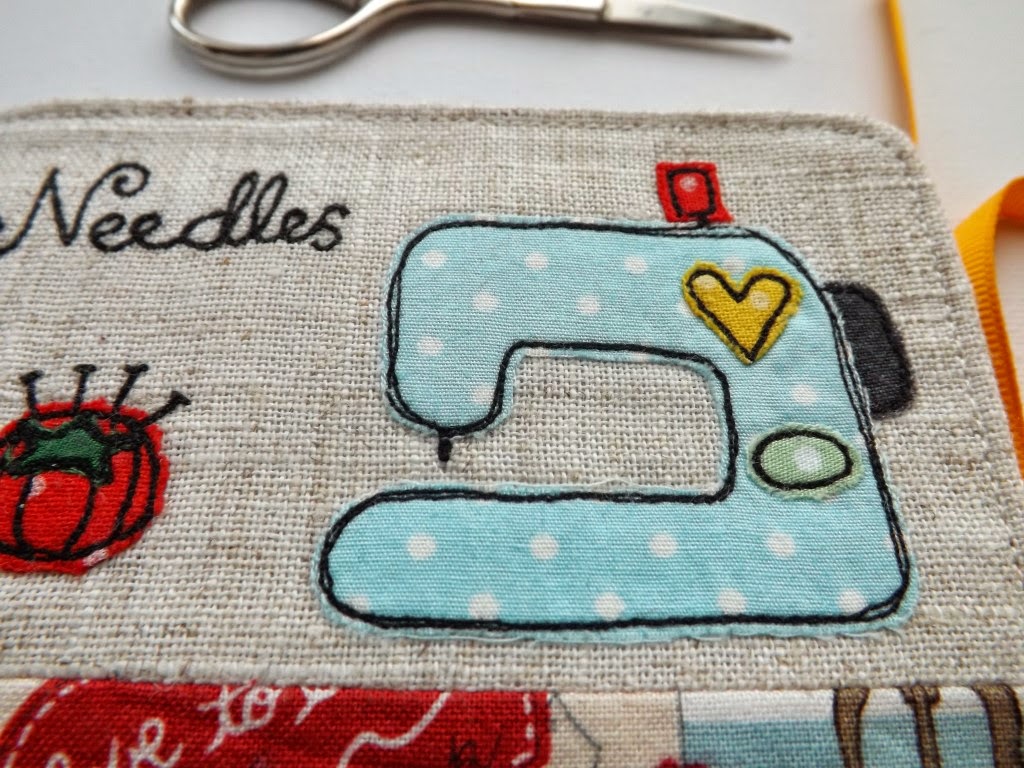 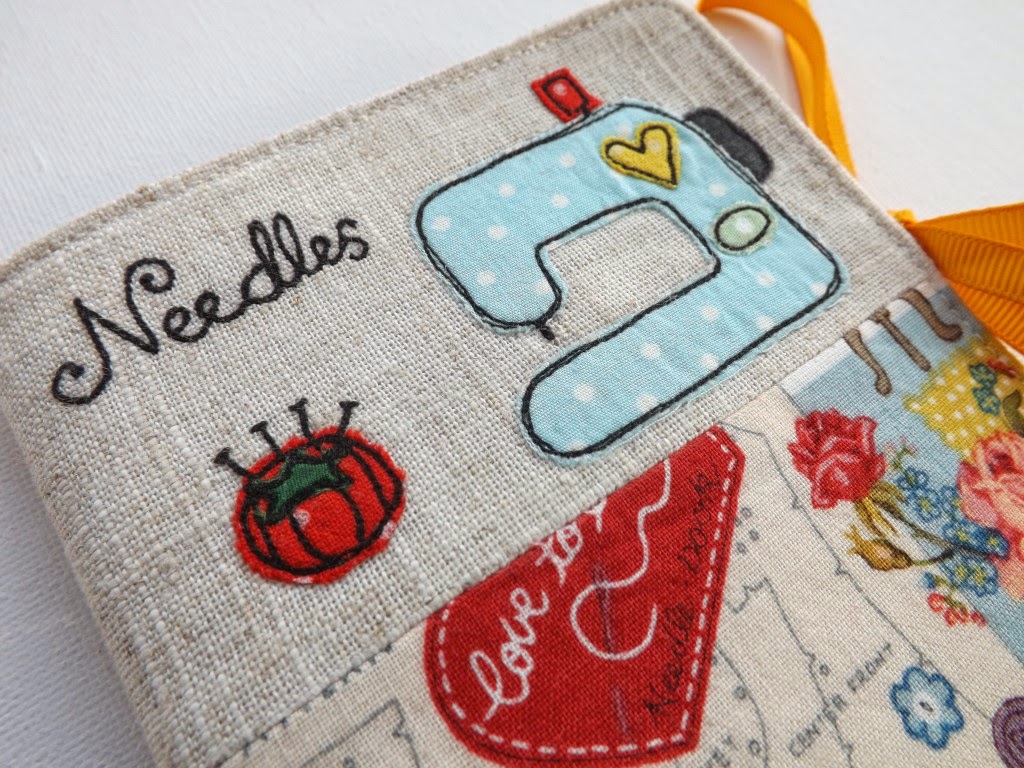 If you look really carefully, you can even make out the words 'Needle-book' on the printed fabric; 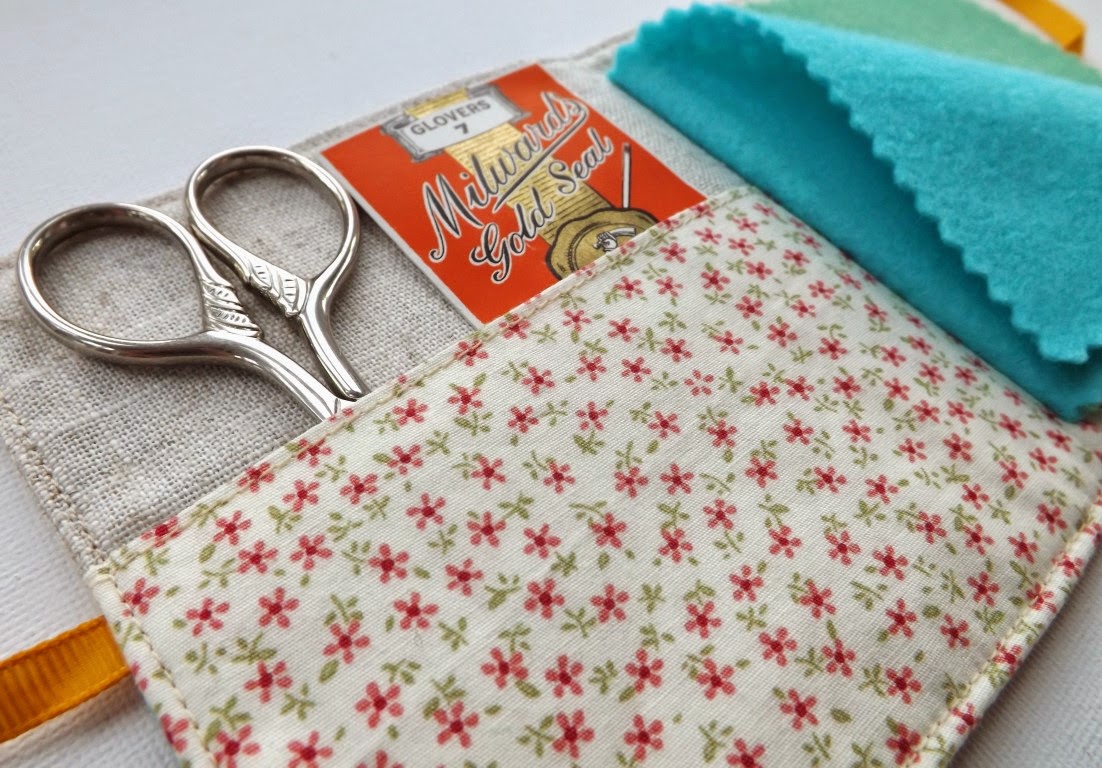 This fabric is part of the Sew Retro range by Makower UK and the linen is from the same pair of upcycled curtains which I bought from a car-boot sale last year.  In my last post I mentioned that I am more than ready for the better weather to arrive so that I can begin to replenish my dwindling fabric stash but look what arrived in the post yesterday........... 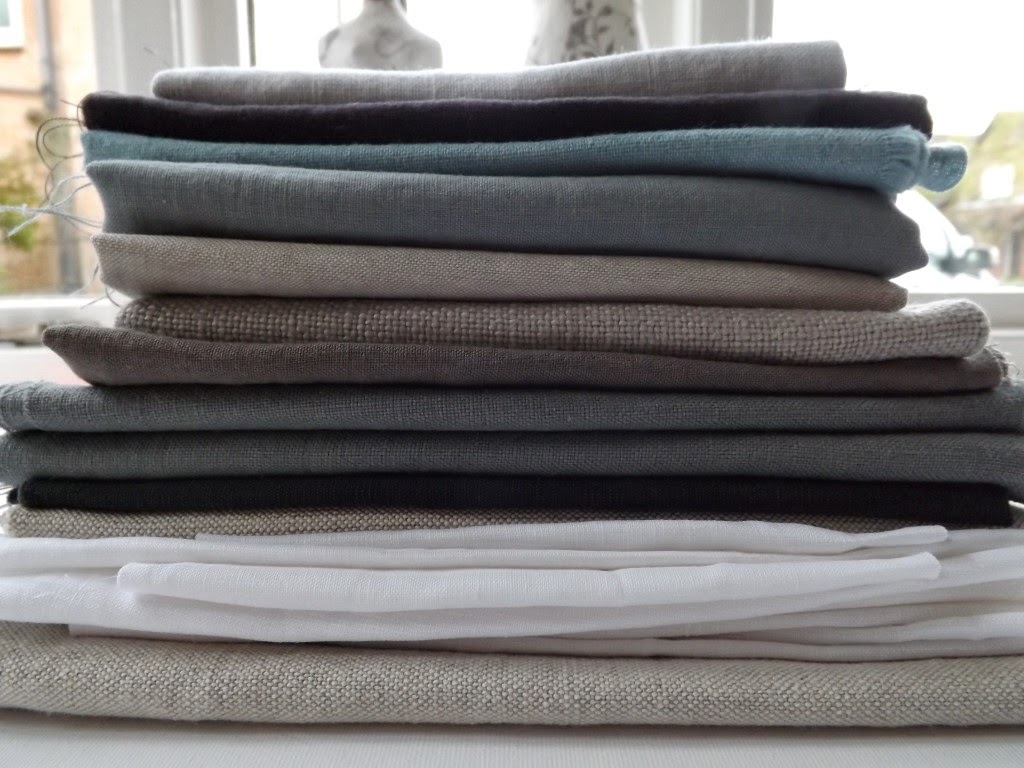 .....a huge pile of the most gorgeous pure Irish linen.  It came courtesy of the wonderful Judith over at Just Jude, if you haven't yet visited her stunning blog then you are in for a real treat.  Her creations are as beautiful as she is!

I've been quite busy over the last couple of weeks, so have not got as much stitching and blogging done as usual, but today I managed to sew this little linen pouch; 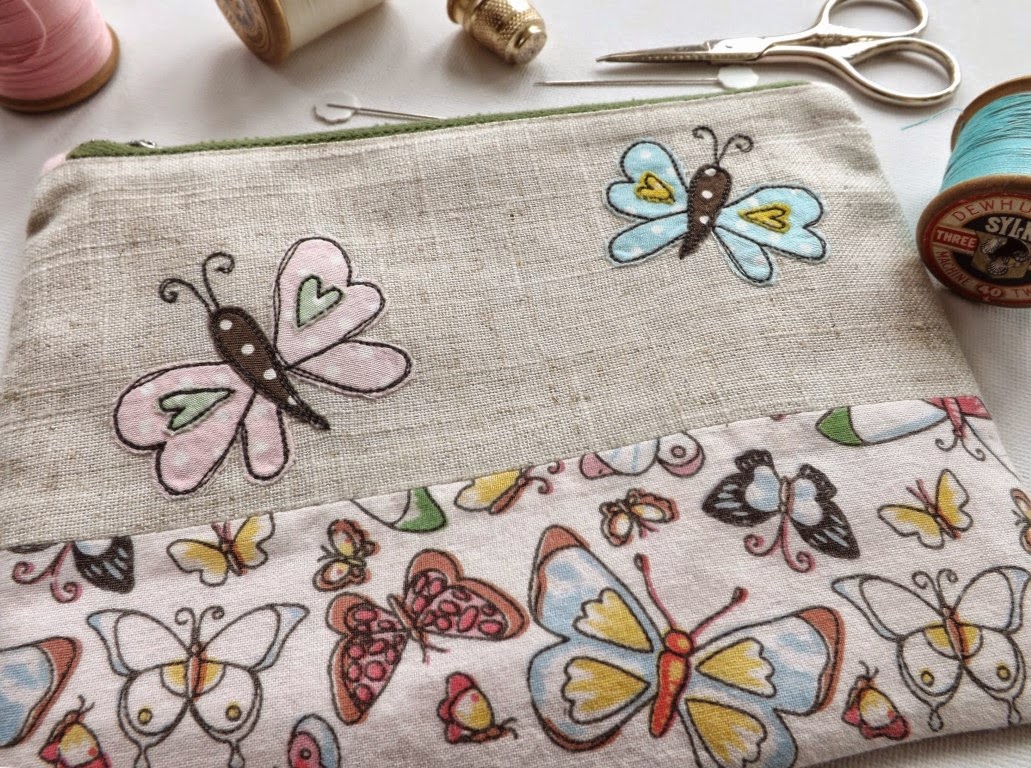 It features plenty of upcycled materials including this butterfly fabric and the same pair of linen curtains which I have used for most of my projects this year - I'm ready for the car boot season to start, so that I can source some 'new' fabric to replenish my depleted stash. The zip is also recycled and probably older than me! 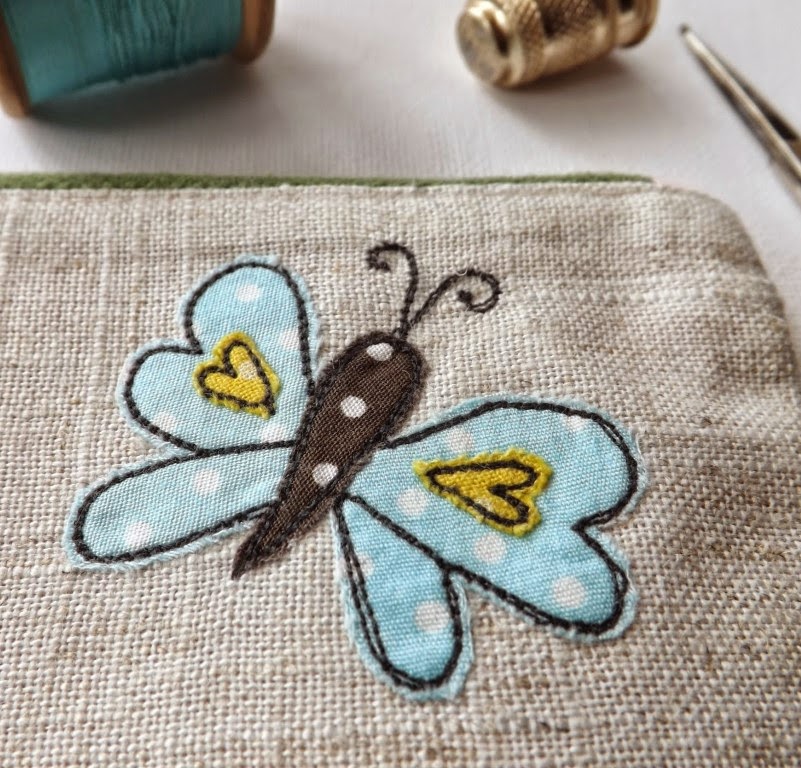 The little butterflies were based on a digital stamp by Wendy Massey over at Handmade Harbour.
The back has a little appliqued butterfly, cut from the main fabric, and a 'SewforSoul' label. 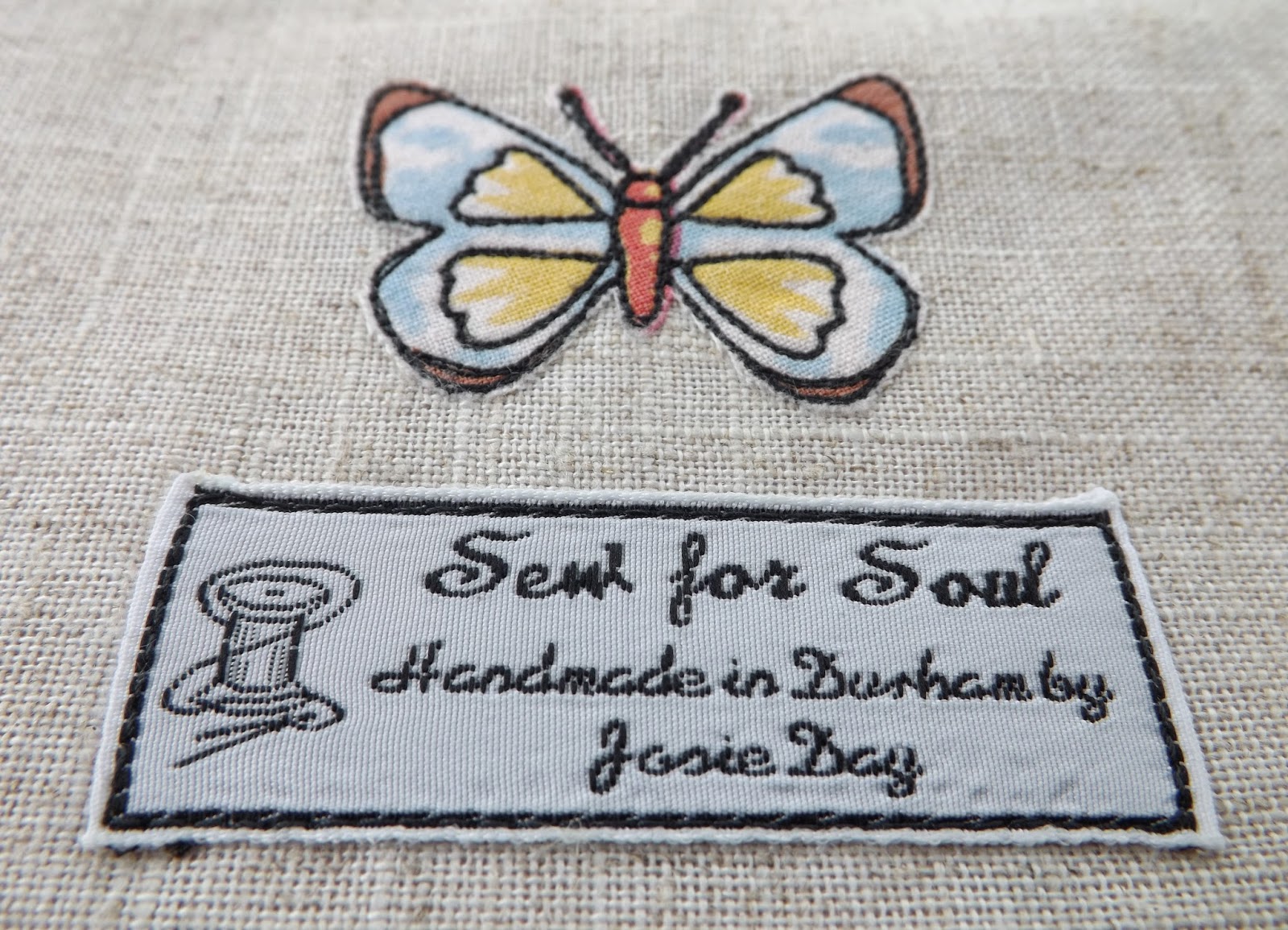 The pouch has a lovely Summer feel, although outside my window it's raining.
Roll on warmer days! 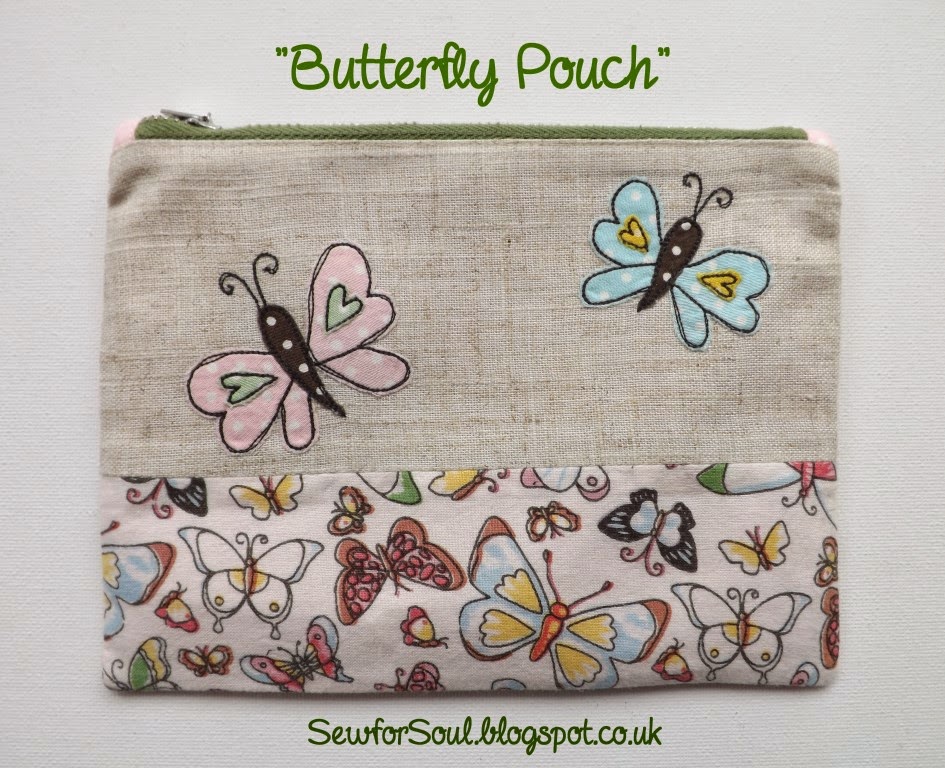