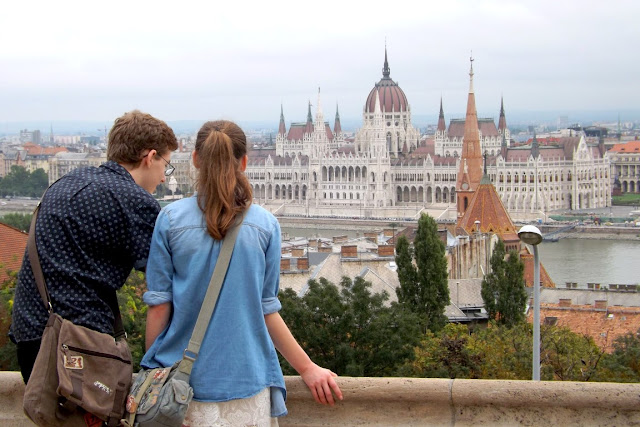 In our continuing quest to expose the children to a touch of culture we took them to beautiful Budapest.  This stunning city is often referred to as the 'Paris of the East' and it's easy to see why.


The streets are full of artwork and statues, so lots of new friends were made.... 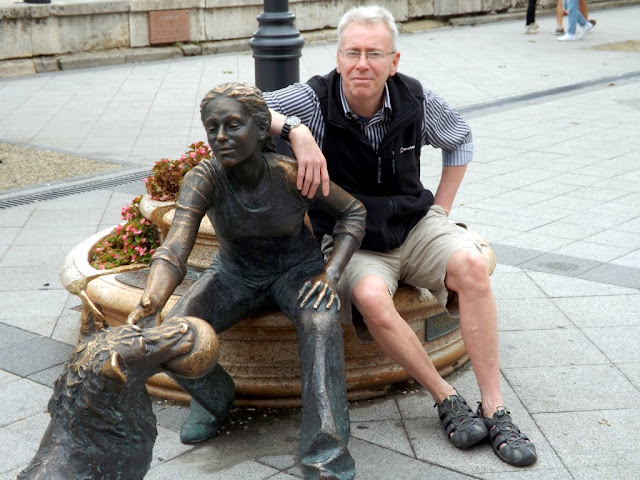 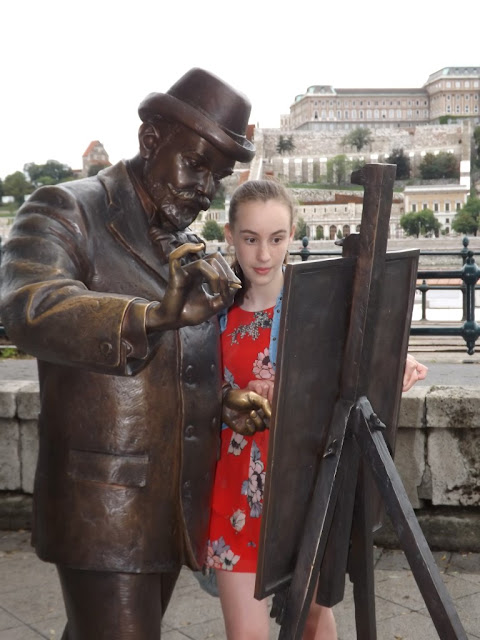 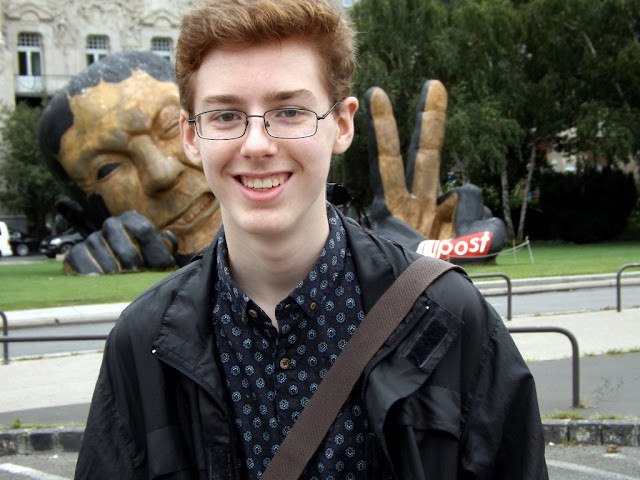 Not all of the sculptures are there purely for entertainment, 'The Shoes on the Danube Bank'  by Gyula Pauer are a memorial to the victims of the Holocaust who were forcibly stripped naked and then shot into the river to be washed away. 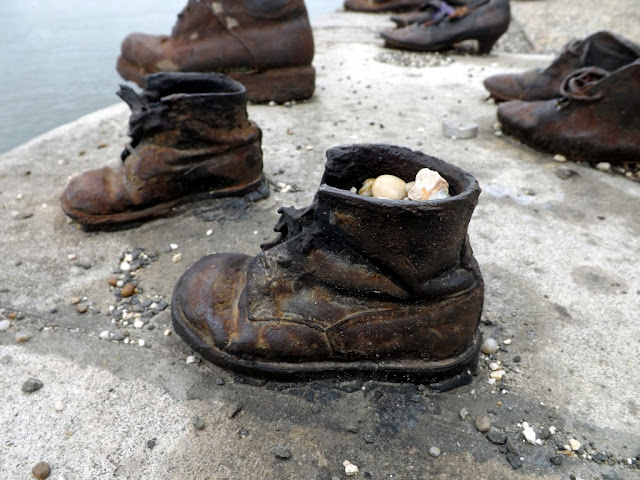 The sixty pairs of rusted iron shoes are in mixed styles and sizes to reflect that Hungarian Jews of all ages and backgrounds were murdered in this horrific fashion. 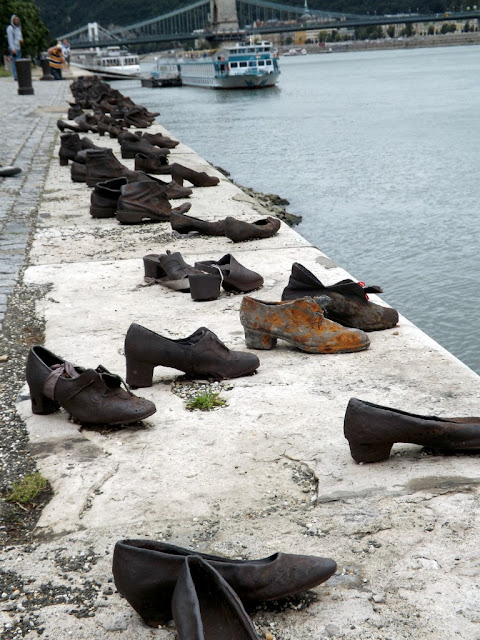 When we arrived in Budapest, the city was experiencing some of the worst storms in a generation.  We stayed in the lovely Hotel Palazzo Zichy and had the entire sixth floor (with interconnecting doors) to ourselves, which didn't seem quite so wonderful when we discovered that the storm had knocked out the lifts.  Luckily they were back in service by the next day, unlike the the wi-fi which meant checking work emails was sadly out of the question for Mr Larkin! 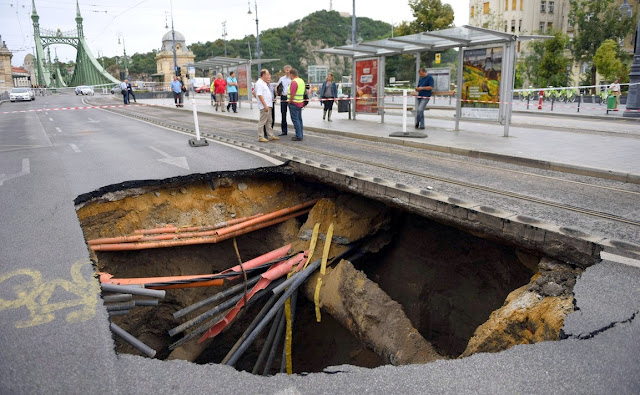 Whole districts of the city had been left without electricity, including traffic lights and street lamps, so it was slightly chaotic for the first couple of days.  These pictures make the minor breakdown in infrastructure perfectly understandable, especially as it only takes a slight rainfall (or snowfall or the 'wrong' leaves or sun etc) for things to grind to a halt in Britain. 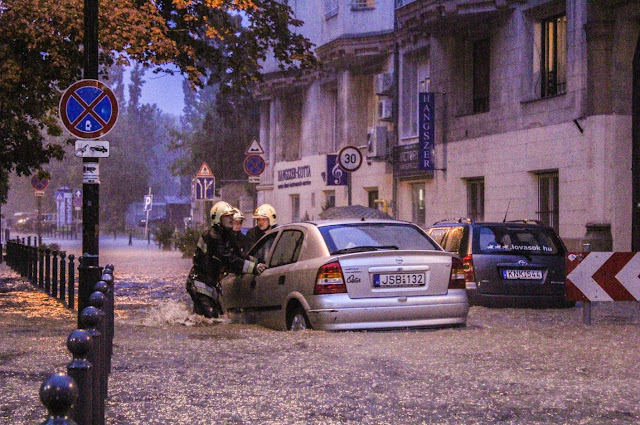 The weather remained wet and overcast for the first couple of days but we were grateful for the cloud cover as it made walking quite pleasant despite the temperatures still hovering in the mid twenties celsius. Towards the end of the week the sun came out and the heat soared but by then we had seen most of the sights so were happy to sit in street cafes and simply watch the word go by! 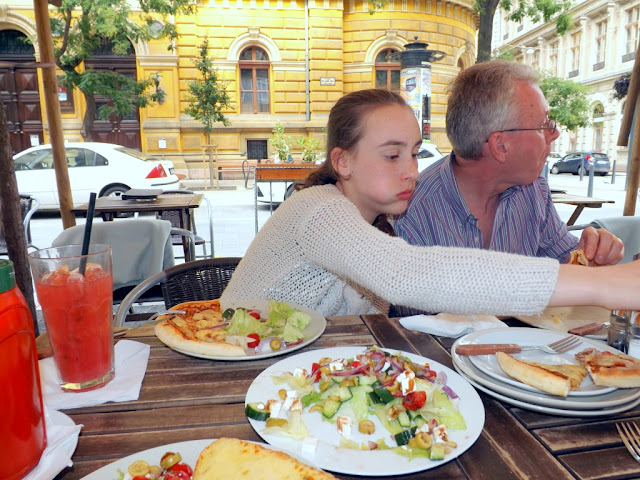 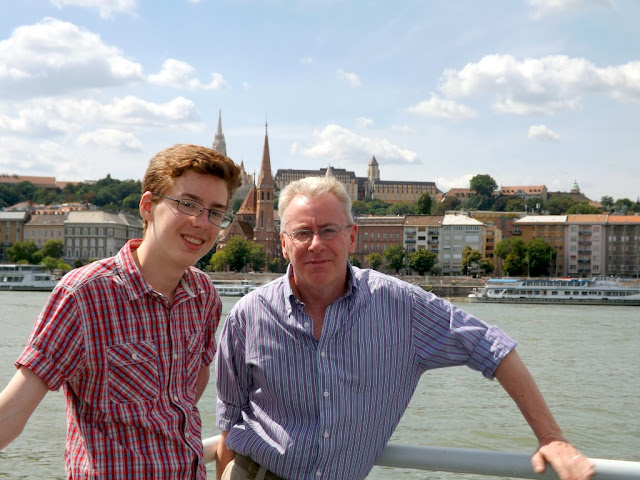 Taking in the sights 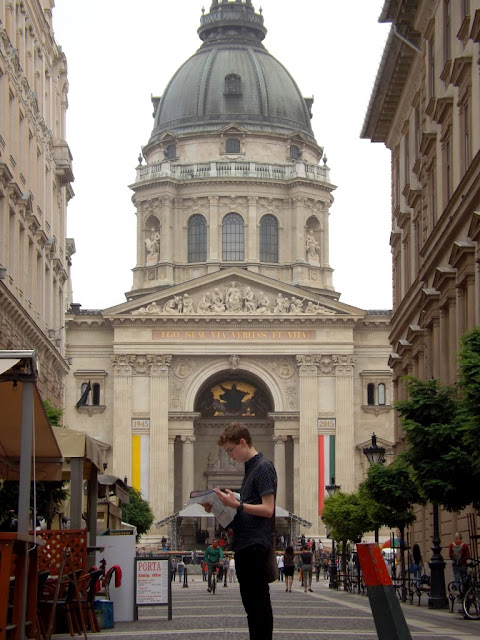 I didn't manage to find any quilting or patchwork shops but the breathtaking roof-line had some that looked like paper-pieced hexi quilts so I was more than happy to take away inspiration rather than fabric! 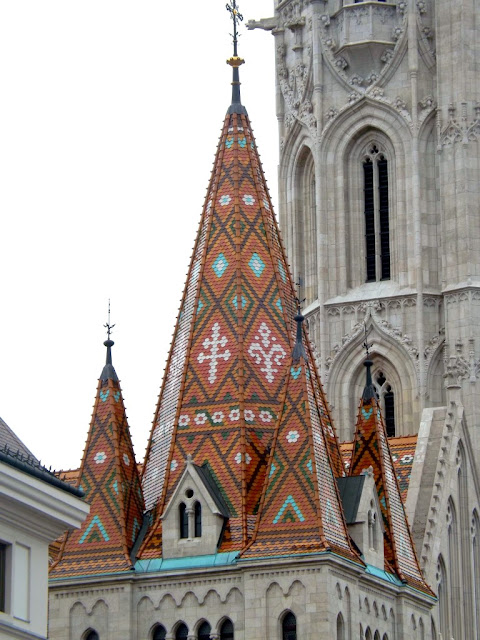 'Three seasons in one week weather' 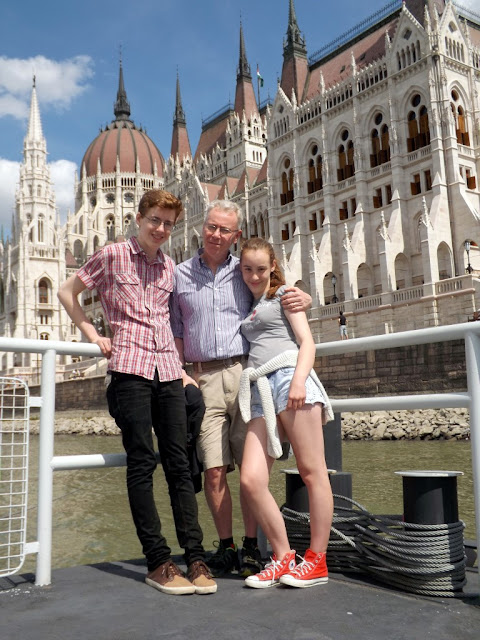 We had timed our stay to coincide with the annual St. Stephen's Day celebrations and after enjoying a fantastic day of festivities we bagged ourselves the perfect spot on one of Budapest's newest bridges the Erzsebet hid from which to watch the spectacular firework finale. 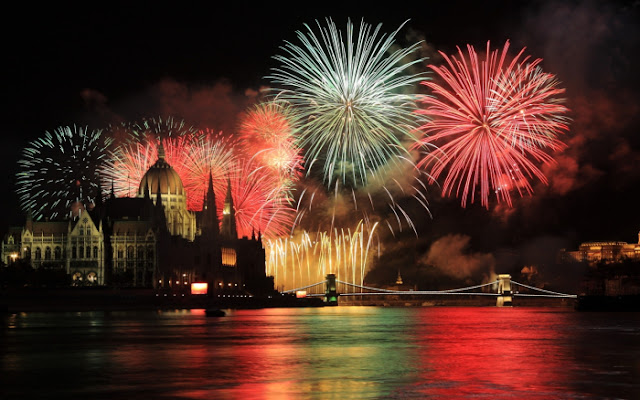 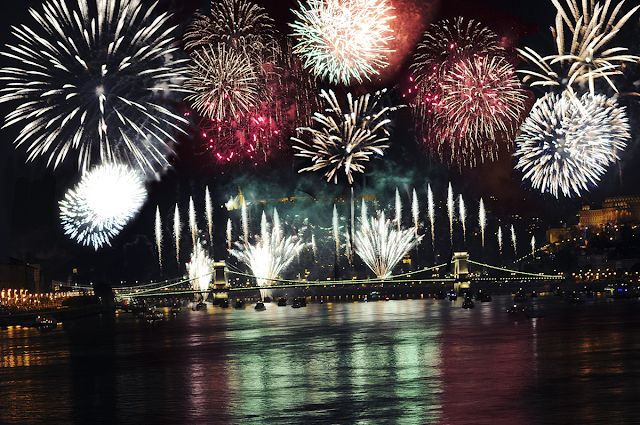 Happy Holidays!
Posted by Josie at 16:39 14 comments: Links to this post