At the moment it seems as though much of the UK has become obsessed with all things cuisine due to the enormous popularity of 'The Great British Bake Off'.  Mr Larkin and the children have succumbed to the lure and can be found glued to the television screen whenever it's on. I thought I had managed to resist but even I have found my thoughts turning to baking, but for me it's baking with felt!

At the moment I am thinking about my Christmas sewing as I like to stitch gifts for our family and closest friends.  Last year it was appliqued bunting and patchwork stockings, but this year I thought I might create little ornaments to hang on the tree.  However, my inspiration is lacking as this year's theme seems to be......Baking.....and I don't do that!

Still even I can appreciate the fantastic skill needed to produce delights such as these; 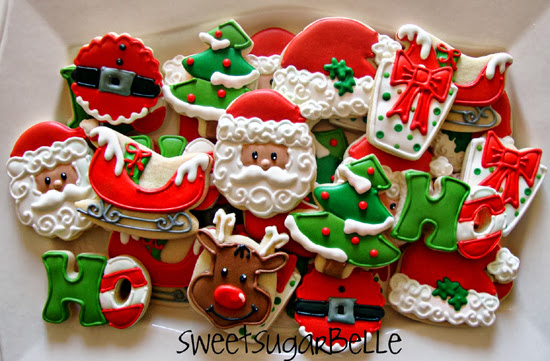 And then I had my theme - Felt Gingerbread! So I had a little nose around Pinterest to get me started and found these super examples; 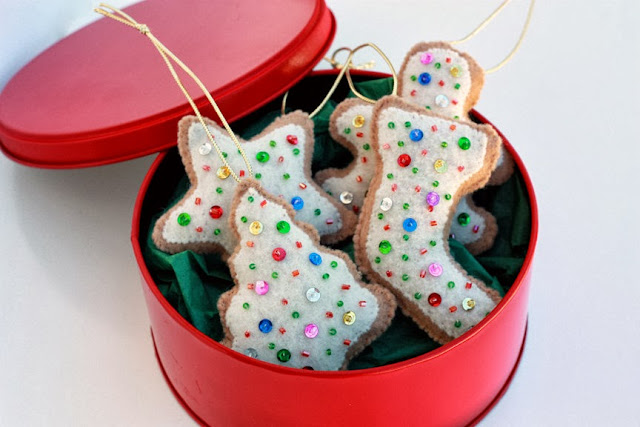 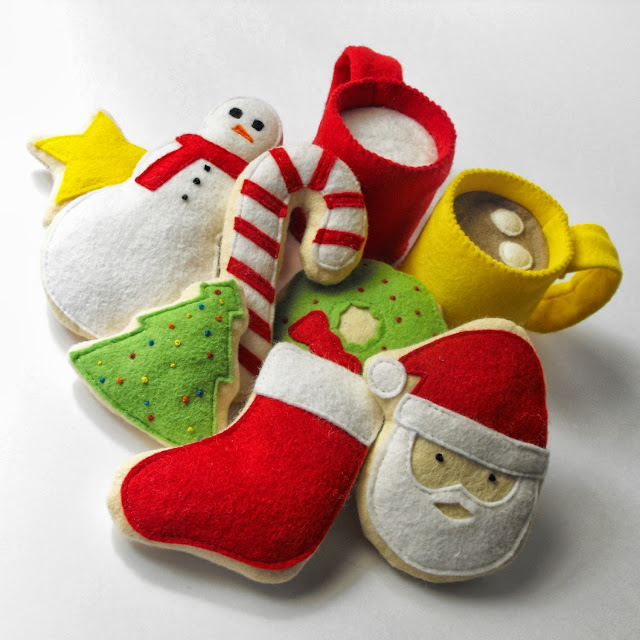 But I wouldn't be happy making direct copies of other people's work, so I spent much of today designing my first felt Christmas gingerbread biscuit....... 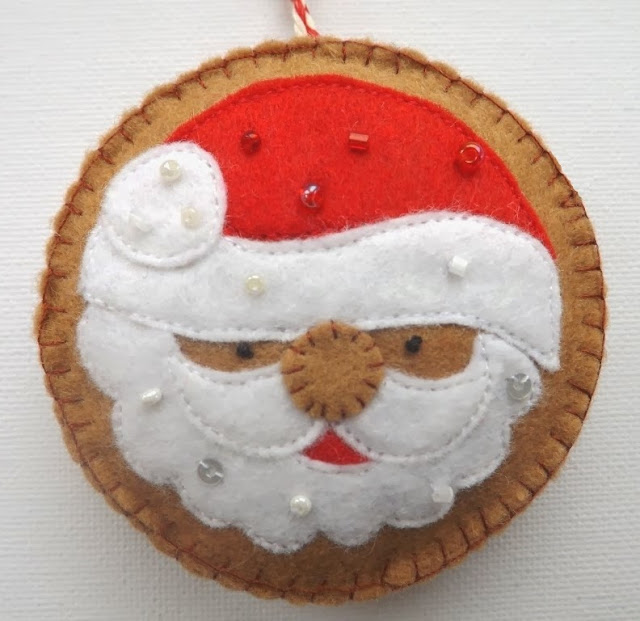 There are a couple of things I'm not happy with but hopefully by the time I've designed a snowman, bell, stocking, tree, star and elf I'll have ironed out my faults!

The process was actually pretty simple and whilst there are still elements which need 'tweeking' the basic design  worked, so I thought I would share it with you. 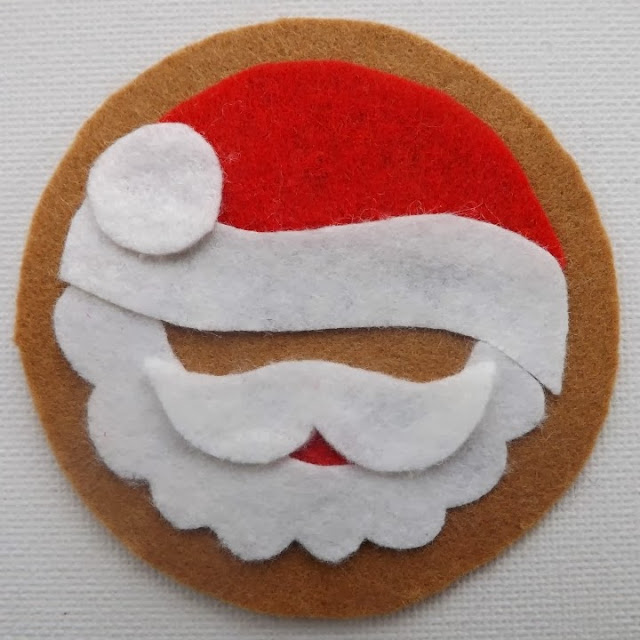 I then machine stitched around each element (one line of red still to do in the picture!) 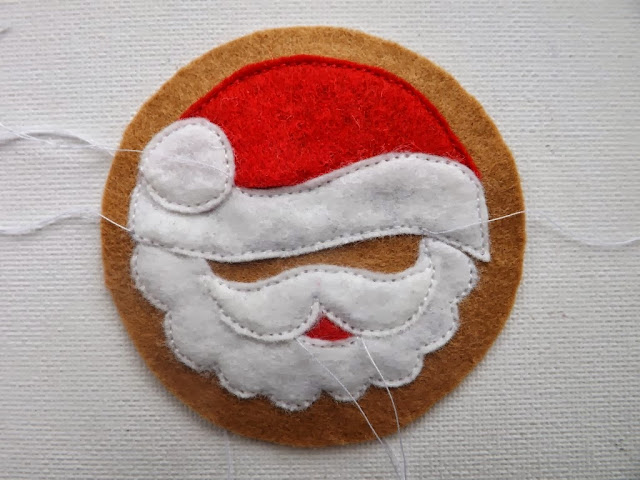 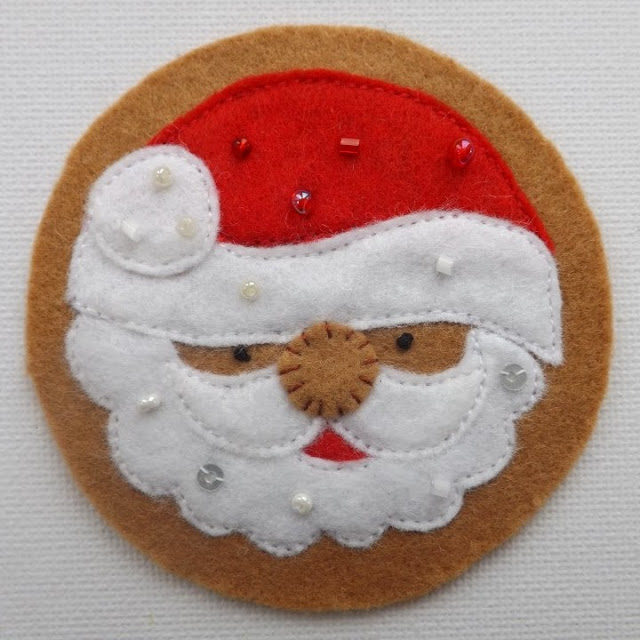 The eyes are french knots, although seed beads would also be cute

I stitched a thin strip of matching ginger felt between the top and bottom layers to give the cookie a nice 3-D effect before stuffing them but I actually think I could miss this step out and just sew the top and bottom together.  I'm also going to oversew the seams on the next one rather than blanket stitching them. 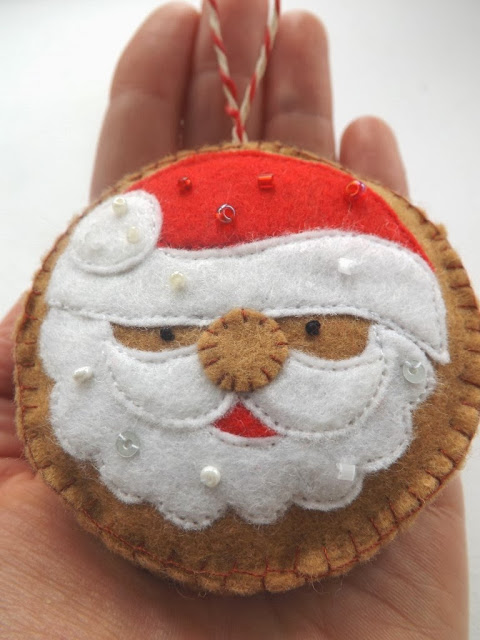 The cookies would also benefit from having their design nearer the edge of the gingerbread so that it looks more like 'flood icing'.  This is obviously a simple change to make, I'll just cut a smaller brown felt circle. 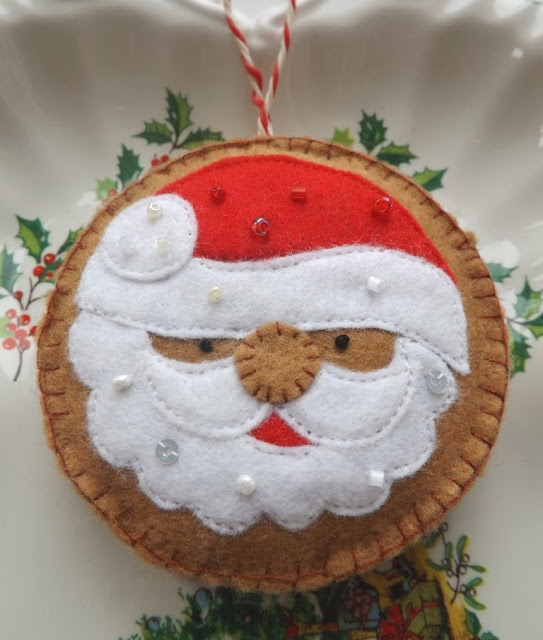