As the children are at home this week on their half term holiday, I've not been sewing.  Instead we've been going on fun day trips, in return for one boring day spent in the house tidying......but look what we found; 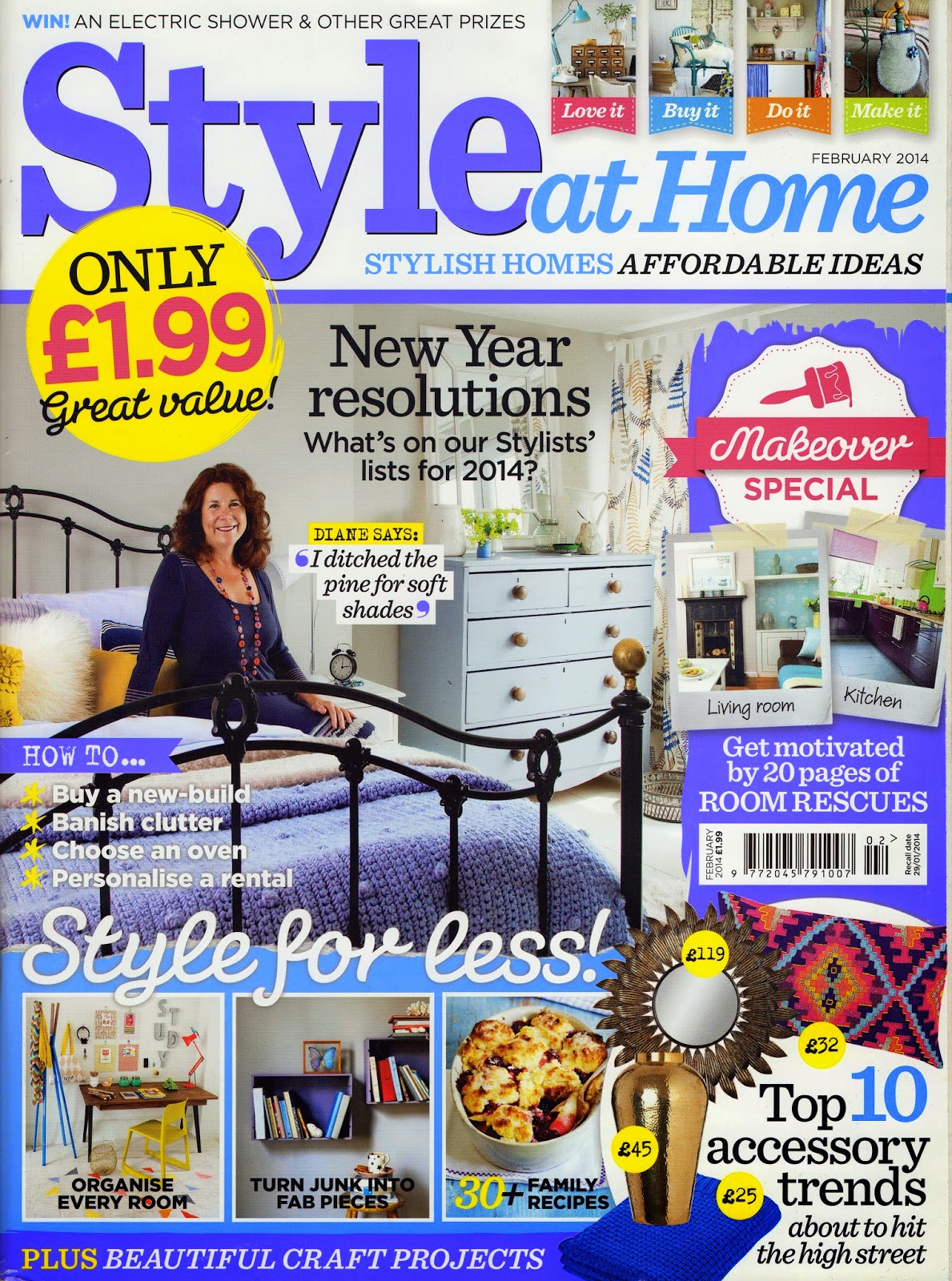 A copy of Style at Home magazine which featured our family room. It is the February 2014(!) issue and when our copy arrived it was duly read but then found its way into a coffee table drawer where it has languished for the whole year. 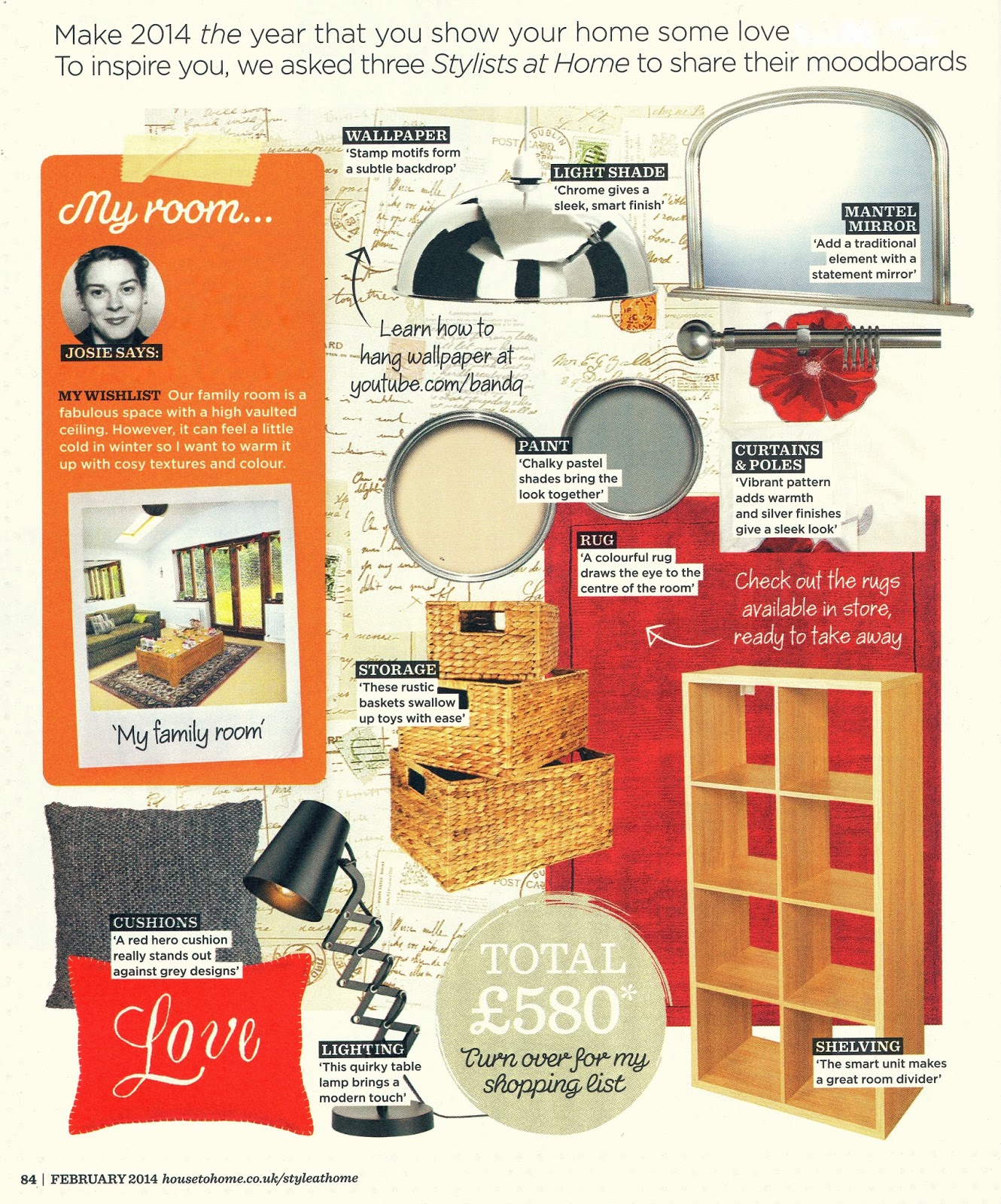 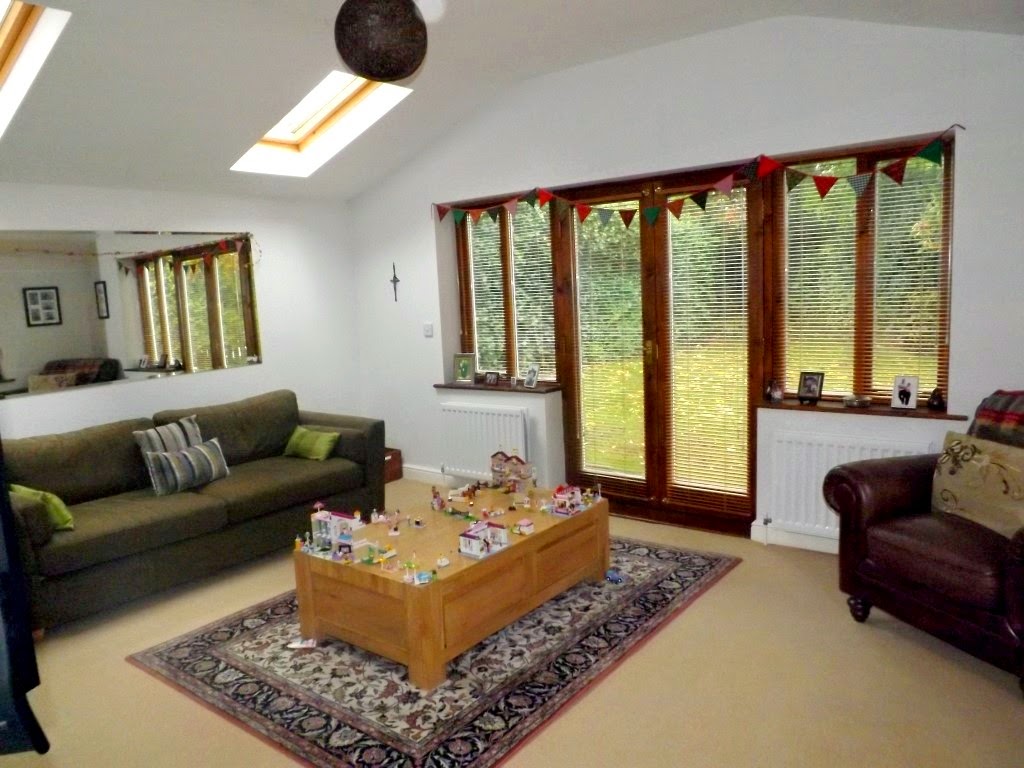 The room is a great size with a vaulted ceiling and lots of glass.  It has a different feel to the rest of the house with natural wood finish windows and Venetian blinds, creating a harmonious flow into views of the garden.  At least that was the idea, but the 'look' is somewhat spoiled by what's usually in that big empty space......Mr. Larkin's road bike fixed up to a turbo trainer! 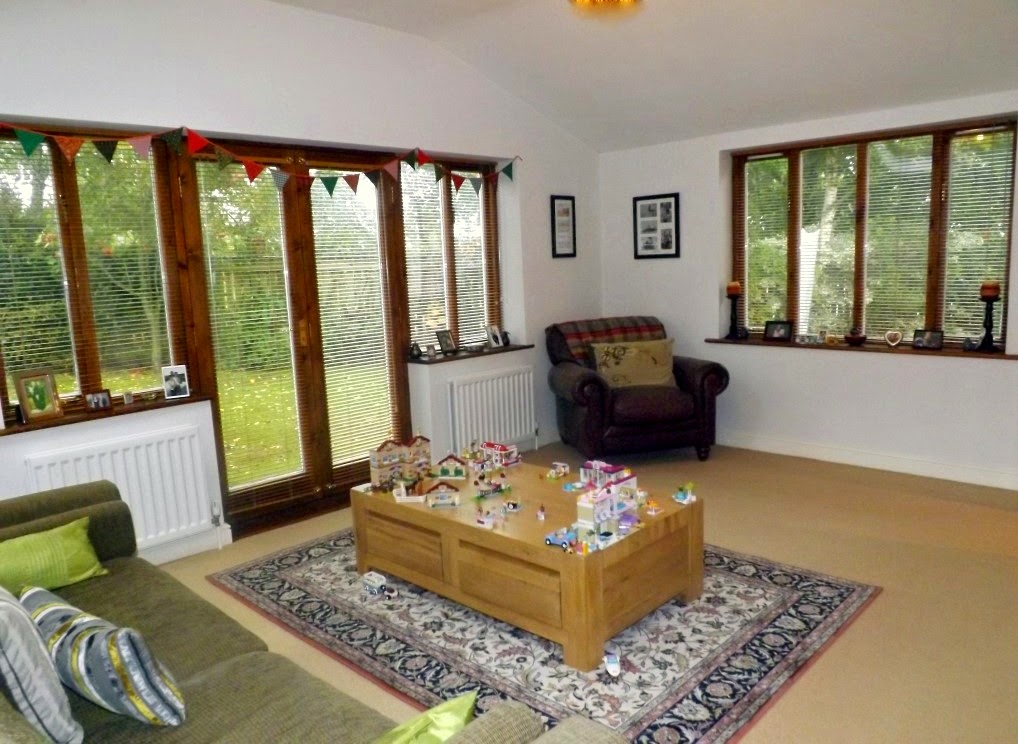 The photos were taken just before Christmas 2013, which explains the string of green and red tartan bunting hanging above the French doors. The leather chair was later moved to make way for our Christmas tree, the high ceiling means we can accommodate a nice large one. As the pictures were taken in winter the light is quite subdued,  but in summer the room is absolutely bathed in sunlight. 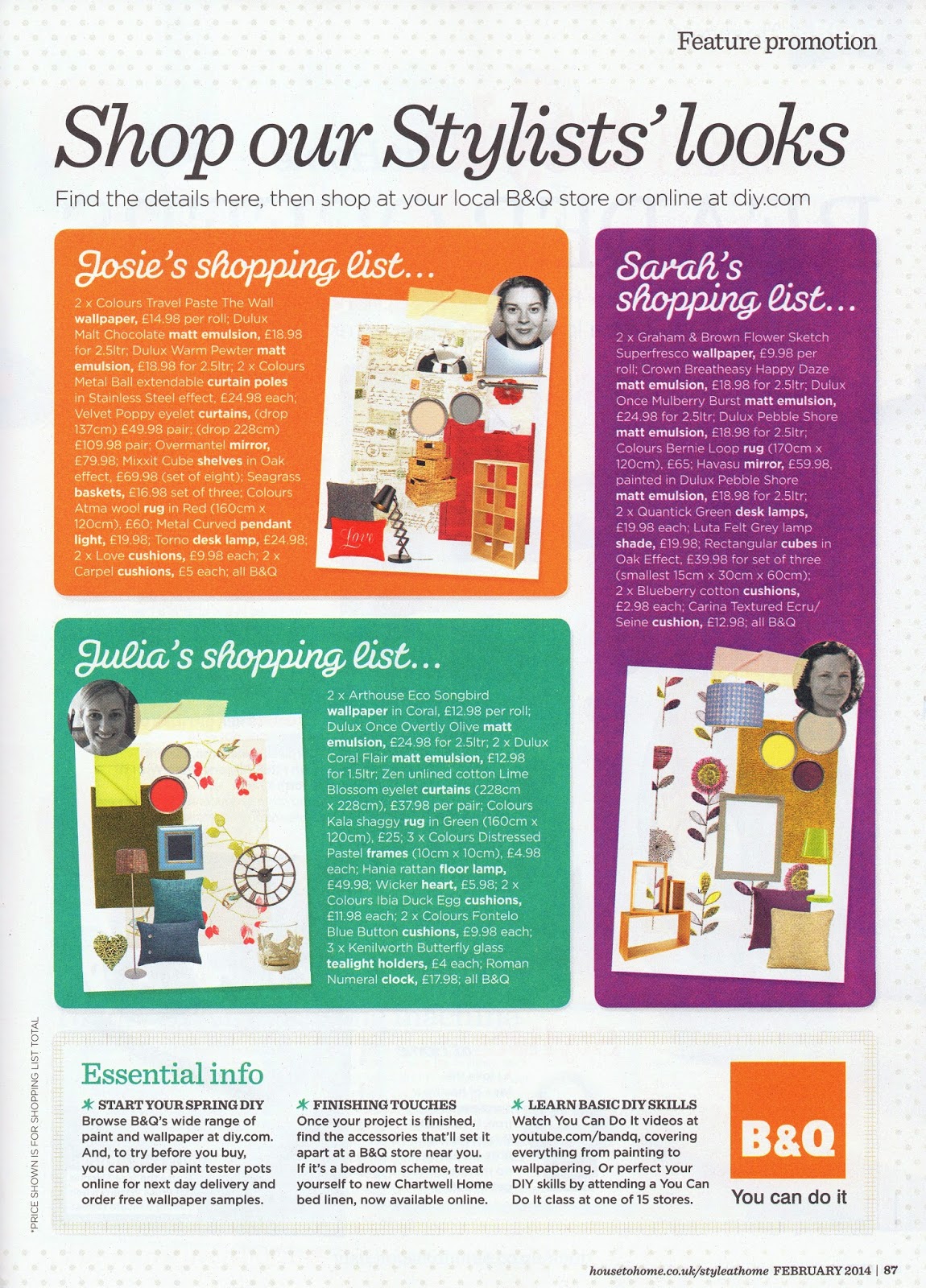 It's been lovely having the children at home, although I'm looking forward to having more time next week to write and post some tutorials.  I have done quite a few lately but they all seem to have been guest features for other blogs, it's about time I did some for this blog!