During the Christmas holidays we received the much awaited news that Alice's godmother had given birth to her second beautiful daughter and so I got straight down to some special stitching to mark this happy occasion. 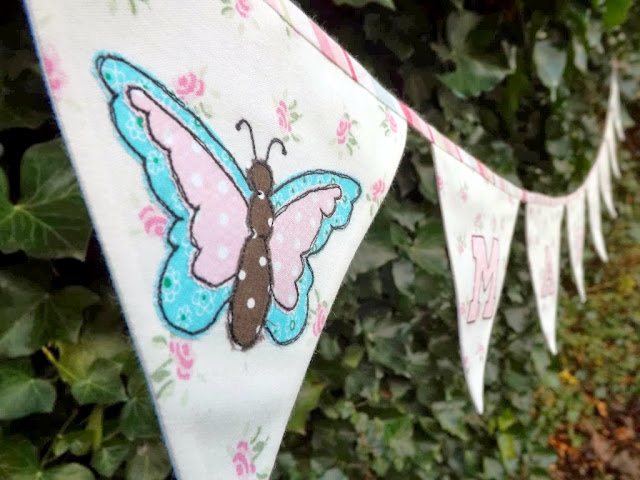 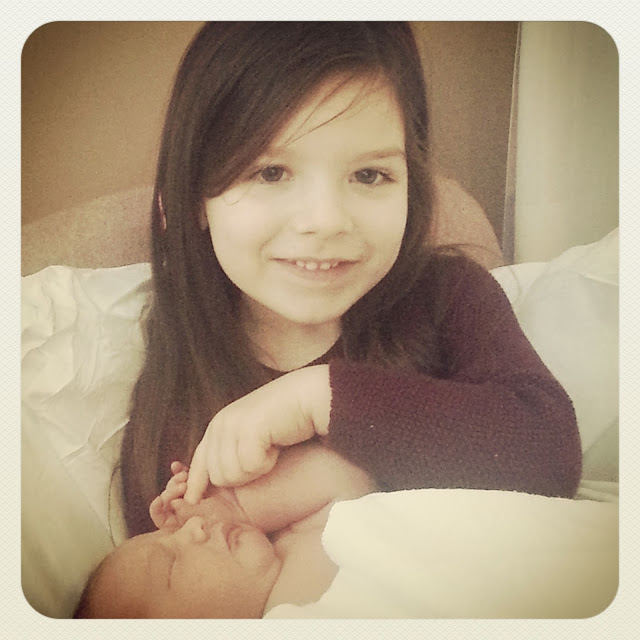 I first met her Mummy when she was still at primary school and her mother was the landlord of the house whose floor I was sleeping on whilst the purchase of my own house went through.  I sometimes find it hard to believe that she is now all grown up and that over twenty years have slipped by.  She and her lovely husband are both engineers and spent the first part of their married life working out in Abu Dhabi but are now back in the UK.  Easier for visiting family and friends I guess, but not quite as warm!

I have just finished stitching each of the girls a string of personalised fabric bunting in coordinating pastel colours.  As ever the material is upcycled, this time I have used a piece of well laundered fabric which was originally a 'Next' duvet cover.  The years of washing have left it with a lovely soft 'shabby chic' feel! 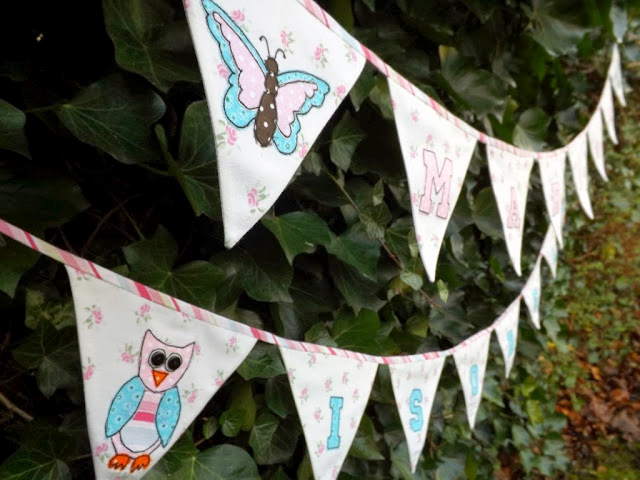 Bunting is always well received as a gift and is pretty easy to make.  Even better it uses very little fabric especially if you alternate your flags/pennants when you mark them out.  You can even back the triangles with plain fabric if you are using a more expensive fabric for the front pieces. 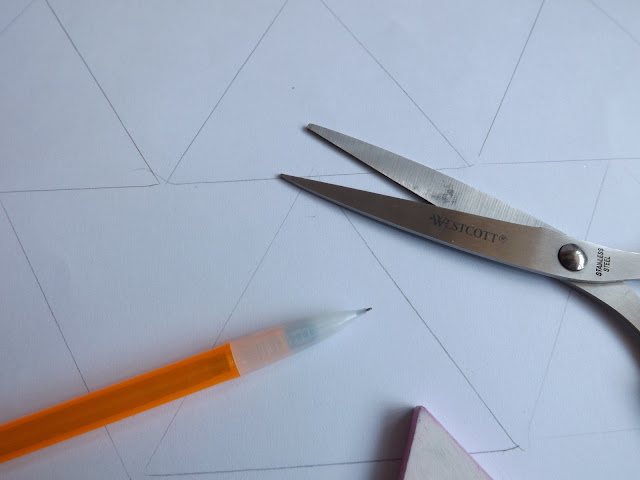 Having cut out my flags, I then traced the necessary letters onto fusible web.  I used a font reminiscent of an American college alphabet as I felt the girls would be less likely to outgrow these later.  If you are having a go yourself don't forget to reverse your letters when you trace them onto the iron-on web, you won't believe how many times I have made this rookie mistake! 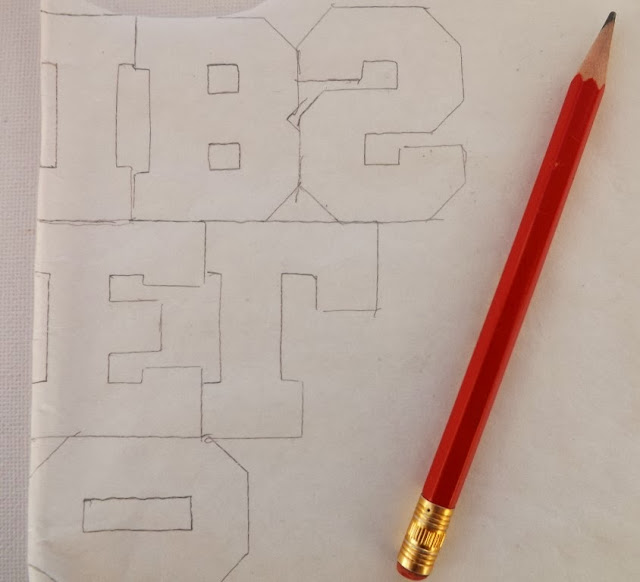 I created each set in the same colour palette so that they wouldn't clash if they were hung together. 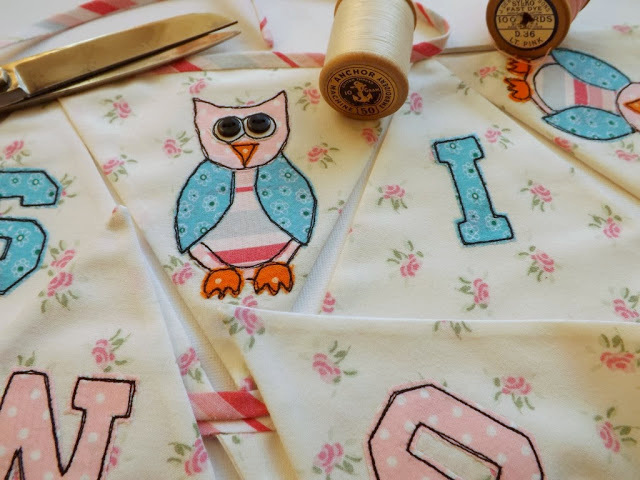 Both sets are shown in these pictures, so the letters are mixed up.  In reality the owl bunting has all the teal letters and the butterfly features the pink. Both the letters and the motifs were applied using fusible web (bondaweb) and then I simply highlighted the details by machine stitching around them with black thread.  The picture below shows the butterflies before and after the stitching has been added. 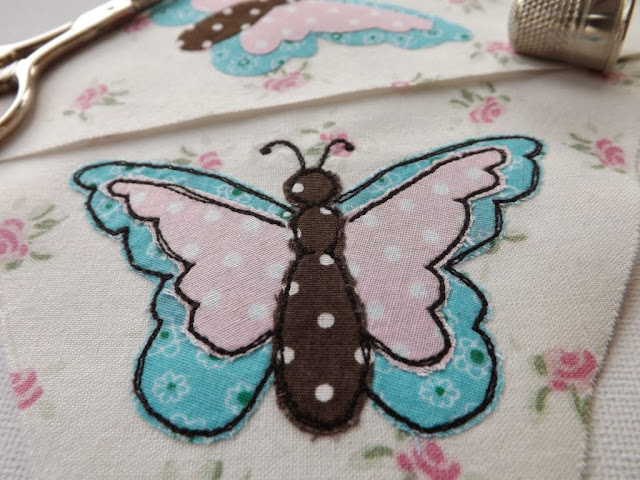 The bias-binding was made from an old pillowcase and I used a scrap of the same fabric for the owls' tummy, which really pulled the whole design together. 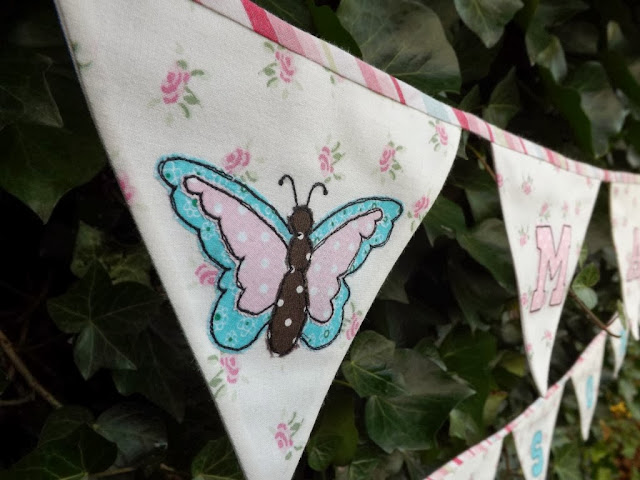 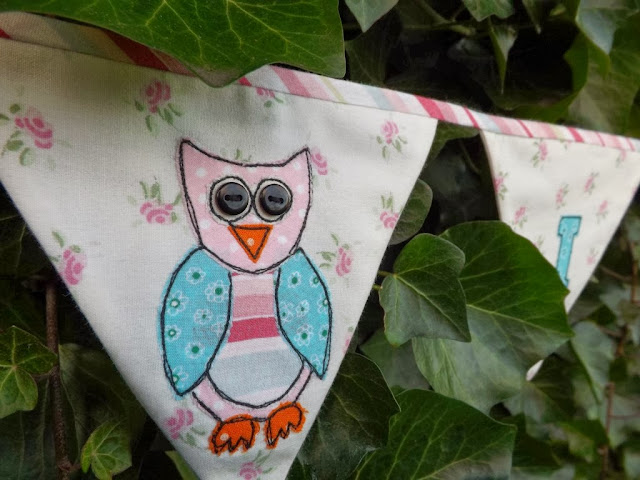 My first project of this year, thanks for joining me and visit again soon xx
Posted by Josie at 14:28