How to create a 'Graphic Novel' work of art from old comics!

(Scroll down for tutorial)

The children had not been putting enough effort into their music practice this last week so 'screen time' was completely banned. This left the question as to what to do instead.  Sitting in the garage was an old table which I had bought years ago from a local school when they were selling off uncollected technology projects.  Now I am happy to help schools raise money for additional funds, but that table was ugly (although the least bad item of the bunch, there is obviously a reason students do not claim some pieces of work!) so we set about altering it.  Firstly we toned down the pine legs by dry brushing them with emulsion (vinyl) paint. It is a really subtle effect and very easy to do, it gives a lovely soft limed feel, rather like weathered drift wood.  The table now had a tasteful neutral look which would really allow the pictures on the top to 'pop'. 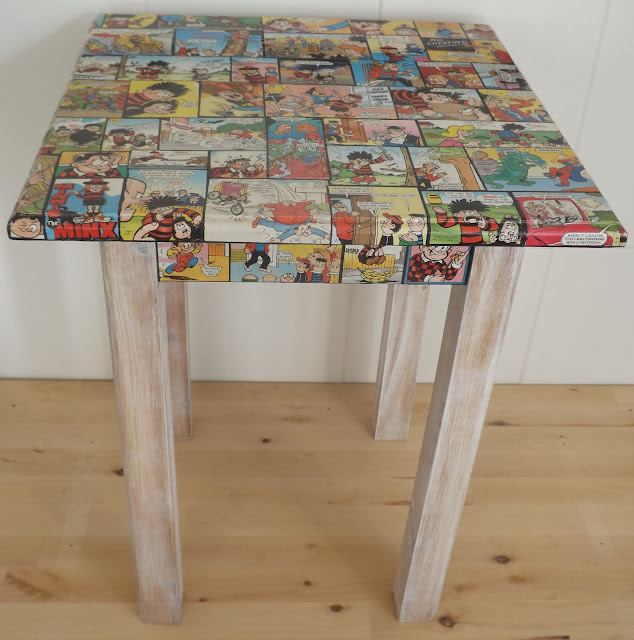 Then Mr Larkin and the children settled down to cut out suitable images from a stack of 'Beanos', which I had bought for pennies at a car boot sale last year.  I simply stuck them on before finally giving the whole thing a couple of coats of varnish.


We also covered a box which my daughter had made during a 'B&Q' children's DIY lesson. 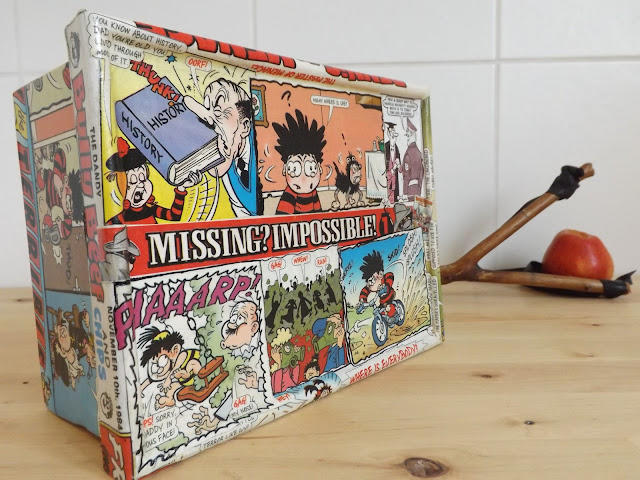 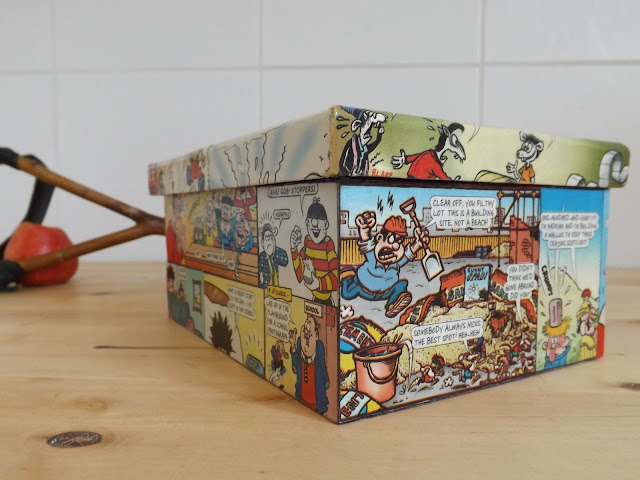 The inside was just as fine... 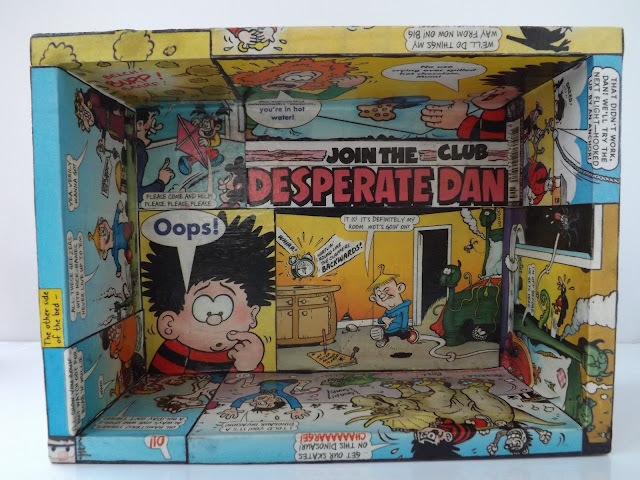 Mr Larkin then suggested that I blog a tutorial on the subject, which seemed a great idea.....but we hadn't taken any photos along the way....so....

We began yet another project; this time an 'Aroma Fan', which my son needed to decorate before his next technology lesson.  He is only in Year Eight, but his school has a brilliant Technology Department and he has made some fantastic items.  It is always a pleasure to support him in his homework tasks and it gave me the opportunity to write the following tutorial.

(When I was in our local library a few years back I was very much amused to discover that comic books are now 'graphic novels!)

So, decide what you want to cover, then grab your pile of comics, Asterix graphic novel or whatever else takes your fancy, the technique works equally well with those pretty 'posh' paper serviettes. 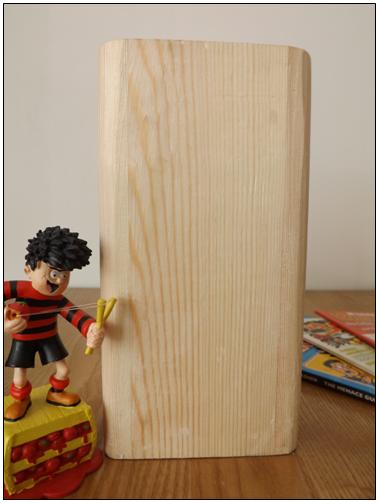 Our blank item - an 'Aroma Fan' 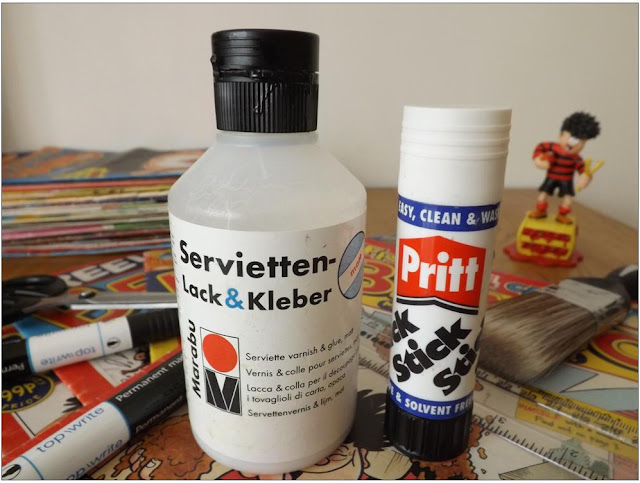 My son then coloured his aroma fan (from now on referred to simply as a 'box') black. He felt this was necessary should any gaps show between the pictures.  I actually don't think that it this is needed as any gaps can easy be touched up with a black marker pen at the end.  He coloured his box in with a marker pen as he didn't want to wait for a coat of black emulsion paint to dry.  However, this was both slow and smelly, so I would recommend the emulsion paint should you want a black base on which to work. 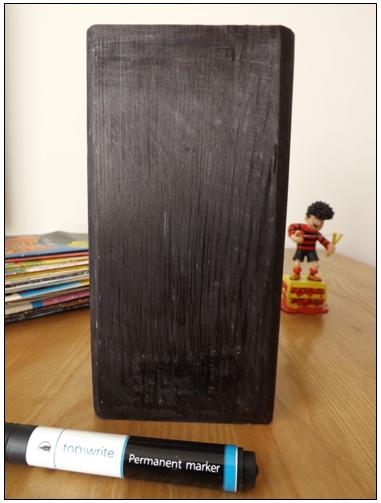 Then simply choose your images and stick them on.  We used 'Pritt Stick' until it ran out at which point PVA white glue was substituted  I found the only trick to gluing was to use the barest amount possible.  If you use too much it can lead to wrinkles at the varnishing stage.  To get the PVA glue thin enough we used a credit card as we couldn't find our glue spreader! 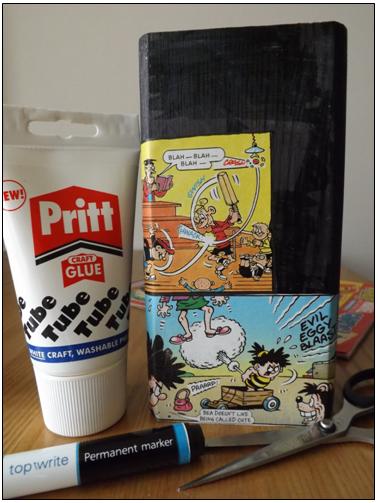 I like my pictures to fit perfectly, but I know some people prefer just to stick them on in a random fashion.  Should you prefer the more 'ordered' look you will probably need to trim some images to fit.  This is really easy - Simply draw a new black border around a section of an existing picture and cut! 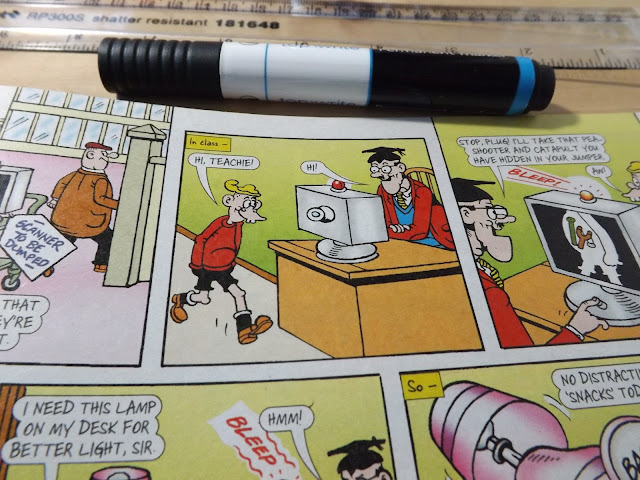 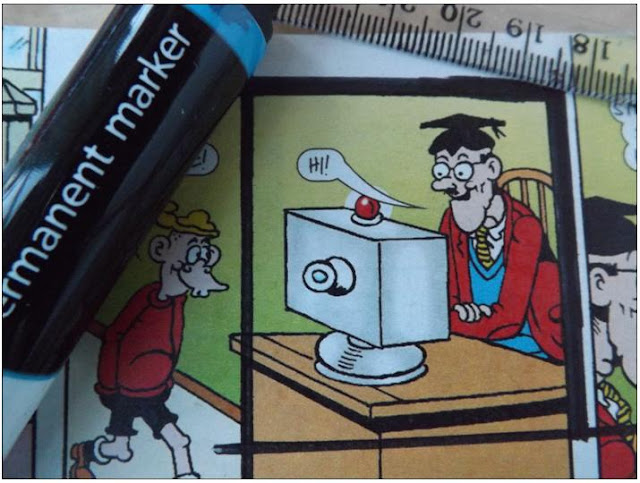 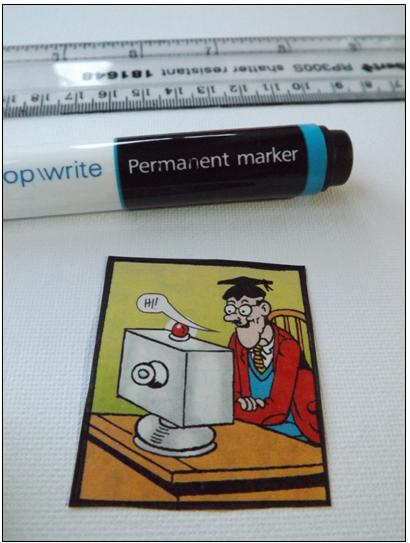 Keep selecting and adding pictures until you are happy with your design and then leave to dry thoroughly. The final stage is to add a couple of coats of varnish to protect and seal your precious new work of art!  We used a tin of water-based varnish polyurethane for the table and decoupage (serviette) varnish and glue for the aroma fan.  They both worked equally well.  Just be sure to use a couple of thin layers as wrinkles will appear if the pictures get too wet.

Leave to dry and then admire your efforts! 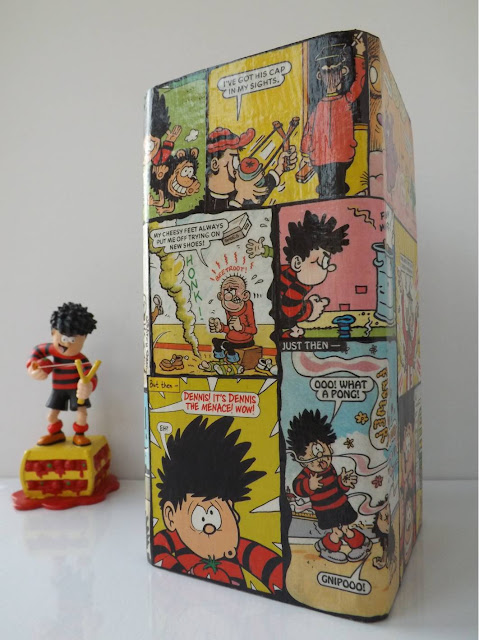